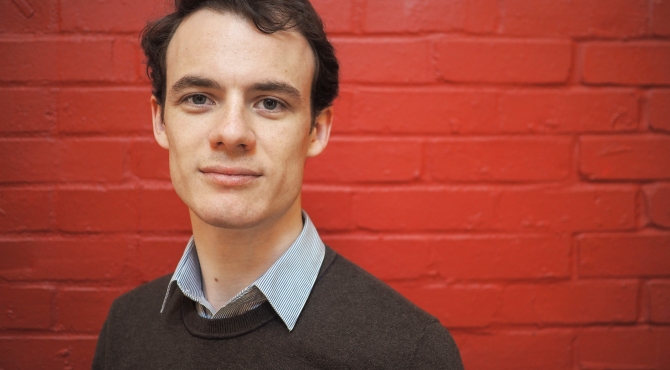 Felix M. Simon is a journalist, researcher, and doctoral student at the Oxford Internet Institute (OII) and a Knight News Innovation Fellow at Columbia University’s Tow Center for Digital Journalism. He also works as a research assistant at the Reuters Institute for the Study of Journalism (RISJ) and regularly writes and comments on technology, media, and politics for various international outlets.

As a member of the Leverhulme Doctoral Centre “Publication beyond Print”, he is currently researching the implications of AI in journalism and the news industry, jointly supervised by Prof Gina Neff and Prof Ralph Schroeder and generously funded by the Leverhulme Trust. More specifically, his research seeks to understand the structural implications of artificial intelligence for news organisations’ gatekeeping processes—the production and distribution of news—and the public arena.

Studying these questions will not only enhance our understanding of how news organisations and journalists think about, adapt to and deal with a technology that, at first glance, seems to be all about deemphasizing their role in the news; it will also inform our theories of what a future of the news could look like as the industry is battling uncertainty on several fronts. Ultimately, this project also hopes to provide answers about AI’s effect on journalism’s business models and viability as well as its wider ramifications on the public arena of news, and thus society and democracy.

Felix has published, among others, in New Media & Society, Journalism Studies, Journalism Practice, The Information Society, International Communication Gazette, International Journal of Press/Politics, the International Handbook of Internet Research and Transformative Works and Cultures and has co-authored various RISJ reports on topics ranging from innovation in the media to COVID-19 misinformation. His research has been covered, among others, in The Guardian, The Washington Post, Politico, Financial Times, Süddeutsche Zeitung, Nature, New Statesman, Business Insider, CNN, and the BBC, and he has given evidence to inquiries of the UK House of Lords and the UN.

His past and current research focus on AI in the news, political communication in the digital age, big data in politics and the entertainment industry, as well as the changing nature of journalism and the media in the 21st century. He also takes an active interest in populism and the future of mis- and disinformation.

Felix graduated with a BA in Film and Media Studies as well as English Studies (Distinction) from Goethe-University Frankfurt, and he holds an MSc in Social Science of the Internet from the OII. During his previous studies, he was funded by the renowned journalism programme of the German Konrad-Adenauer-Foundation and he is currently a fellow at the Salzburg Global Seminar. Before returning to the OII for his doctoral studies, Felix worked as a journalist, editor and researcher in London. Past work experience also includes the BBC and Olympic Broadcasting Services (OBS) in London and Innsbruck.

My research and doctoral work is currently supported by the Leverhulme Trust, Columbia University’s Tow Center for Digital Journalism, and the Minderoo-Oxford AI Governance Challenge Fund. In the preceding five years I have also worked as a research assistant or researcher on projects supported by the Deutsche Telekom Foundation, European Broadcasting Union, European Journalism Observatory, Google News Initiative, Facebook Journalism Innovation Project, and the Nuffield Foundation.

During this period, I have also engaged unpaid consultations with several organisations including the Konrad-Adenauer-Foundation, the UK House of Lords, the United Nations, TUM School of Management, and Goethe-University Frankfurt.