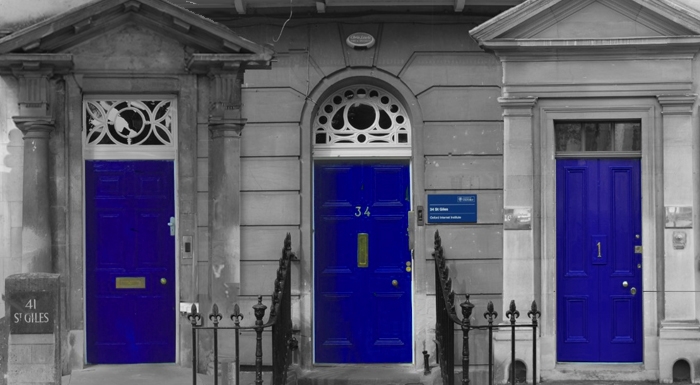 The origins and development of the Oxford Internet Institute

The Oxford Internet Institute was founded as a full department of the University of Oxford in 2001. The idea for an Oxford research centre focusing on the societal opportunities and challenges posed by rapidly-developing Internet technologies was first posed by Dr Andrew Graham, then Master-Elect of Balliol College, and Derek Wyatt, then MP for Sittingbourne and Sheppey, supported by then Oxford University Vice Chancellor, Colin Lucas.

Financial support for the department’s establishment was provided by Dame Stephanie Shirley, founder of the computer software company Xansa, with some match funding provided by the Higher Education Funding Council for England.

Since 2006, the department has offered graduate degrees, marking its transition to a research-led, teaching department. Following the success of the DPhil in Information, Communication and the Social Sciences, the department taught its first Masters, the MSc in Social Science of the Internet, in 2009. This programme recently celebrated it’s ten-year anniversary. More recently MSc and DPhil programmes in Social Data Science have been launched, widening OII’s intellectual appeal to students.

The OII continues to be based at 1, St Giles, the original property provided by Balliol College, but has since expanded to occupy two other sites at 34 and 41, St Giles.

A detailed personal account of the OII’s establishment has been written by OII’s co-founder, first Acting Director and Senior Fellow, Andrew Graham.