Violent video games found not to be associated with adolescent aggression 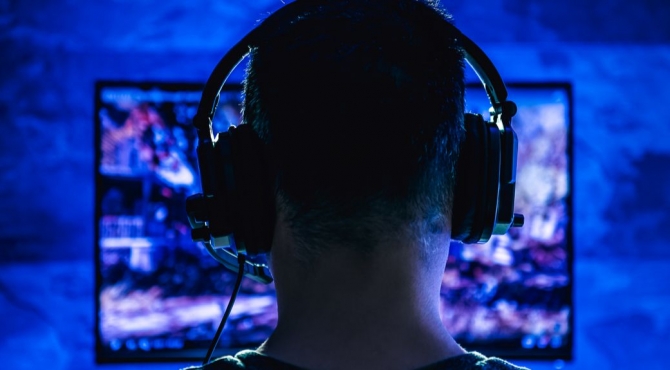 Researchers at the Oxford Internet Institute, University of Oxford, have found no relationship between aggressive behaviour in teenagers and the amount of time spent playing violent video games. The study used nationally representative data from British teens and their parents alongside official E.U. and US ratings of game violence. The findings were published in Royal Society Open Science.

“The idea that violent video games drive real-world aggression is a popular one, but it hasn’t tested very well over time,” says lead researcher Professor Andrew Przybylski, Director of Research at the Oxford Internet Institute. “Despite interest in the topic by parents and policy-makers, the research has not demonstrated that there is cause for concern.”

The study is one of the most definitive to date, using a combination of subjective and objective data to measure teen aggression and violence in games. Unlike previous research on the topic, which relied heavily on self-reported data from teenagers, the study used information from parents and carers to judge the level of aggressive behaviour in their children. Additionally, the content of the video games was classified using the official Pan European Game Information (EU) and Entertainment Software Rating Board (US) rating system, rather than only player’s perceptions of the amount of violence in the game.

“Our findings suggest that researcher biases might have influenced previous studies on this topic, and have distorted our understanding of the effects of video games,” says co-author Dr Netta Weinstein from Cardiff University. An important step taken in this study was preregistration, where the researchers publicly registered their hypothesis, methods and analysis technique prior to beginning the research.

“Part of the problem in technology research is that there are many ways to analyse the same data, which will produce different results. A cherry-picked result can add undue weight to the moral panic surrounding video games. The registered study approach is a safe-guard against this,” says Przybylski.

While no correlation was found between playing video games and aggressive behaviour in teenagers, the researchers emphasize that this does not mean that some mechanics and situations in gaming do not provoke angry feelings or reactions in players. “Anecdotally, you do see things such as trash-talking, competitiveness and trolling in gaming communities that could qualify as antisocial behaviour,” says Przybylski. “This would be an interesting avenue for further research.”

“Researchers should use the registered study approach to investigate other media effects phenomena. There are a lot of ideas out there like ‘social media drives depression’ and ‘technology addiction that lowers quality of life’ that simply have no supporting evidence. These topics and others that drive technological anxieties should be studied more rigorously – society needs solid evidence in order to make appropriate policy decisions.”

The data was drawn from a nationally representative sample of British 14- and 15-year olds, and the same number of their carers (totalling 2,008 subjects). Teenagers completed questions on their personality and gaming behaviour over the past month, while carers completed questions on their child’s recent aggressive behaviours using the widely-used Strengths and Difficulties Questionnaire. The violent content in the games played were coded based on their rating in the official Pan European Game Information (PEGI; EU) and Entertainment Software Rating Board (ESRB; US) rating system, as well as player’s subjective rating. The findings of the study were derived from a study following the Registered Reports Protocol; the study’s sampling plan and statistical approach were evaluated before the data were collected. Multiple linear regression modelling tested whether the relations between regular violent video game play (coded by researchers) and adolescents’ aggressive and helping behaviours (judged by parents) were positive, negative, linear, or parabolic.

The full paper, ‘Violent video game engagement is not associated with adolescents’ aggressive behaviour: evidence from a registered report,’ can be read in Royal Society Open Science.