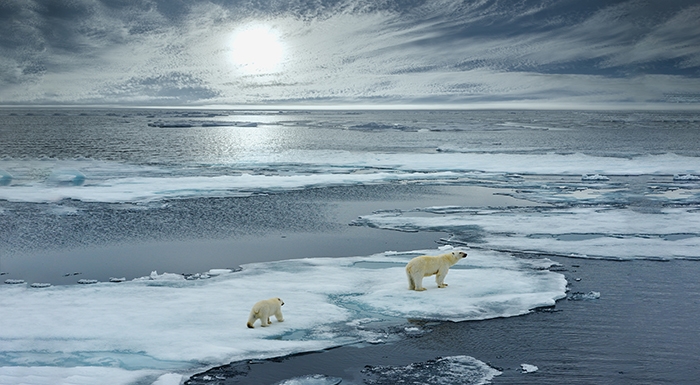 Based on survey data and tracking web browsing histories from over 9,000 participants in six countries, including the UK and the US, the study finds several significant differences in attitudes towards climate change between populist parties’ supporters and non-supporters.  The study also highlights variations in the websites and content regularly used by supporters and those who do not support the parties.

The study, ‘Is there a link between Climate Change Scepticism and Populism?’ by Pu Yan, post-doctoral researcher Oxford Internet Institute, Professor Ralph Schroeder, Oxford Internet Institute and Sebastian Stier, Researcher, Leibniz Institute for the Social Sciences, is the first of its kind to test four hypotheses concerning political attitudes, climate activism, and online media diets and consumption, to see to what extent those variables have an impact on climate change scepticism.

The researchers found that support for right-wing parties is strongly linked to scepticism on climate issues and opposition to climate-friendly policies, with right-wing populists less likely to prioritise environmental concerns over economic growth.    Contrary to expectations, the study didn’t find a link between support for left-wing populist parties and climate change denial, but did observe that respondents with less interest in political issues were more likely to be climate change sceptics.

Pu Yan, researcher, Oxford Internet Institute and lead author of the study said: ‘Our research shows supporters of right-wing political parties favour policies to tackle climate change to a significantly lesser extent than supporters of other parties.  Whilst such parties might have a range of views, the common denominator is that they distrust the scientific consensus and put the needs of ‘the people’ before tackling climate change.  Instead, they seek out alternative ‘scientific’ explanations which fit the populist worldview, downplaying the effects of climate change.”

In their study, published in journal Information, Communication and Society, the researchers also examined the media habits of supporters and non-supporters of populist parties, tracking over 150 million website visits over three months.

The study also looked at the effect of populism and country of residence on attitudes towards climate policies.  Key findings include:

Professor Ralph Schroeder noted, “Our study shows that populists are highly interested in the politics of climate change.  They seek a coherent worldview that bolsters their ideas about climate change and the science of climate change so that it fits their overall political agenda, anti-elite, and putting the interests of ‘the people’ first. Ultimately further research is needed to investigate the link between the evolving populist party cues about climate change and the beliefs of their supporters and more broadly, concerning their trust in online information and the fundamental structures of democracy’.

The full study, ‘Is There a Link between Climate Change Scepticism and Populism? An Analysis of Web Tracking and Survey Data from Europe and the US’ by Pu Yan, researcher, Oxford Internet Institute, Professor Ralph Schroeder, Oxford Internet Institute and Sebastian Stier, Researcher, Leibniz Institute for the Social Sciences, is published open access in the journal of Information, Communication and Society.

The study combines a unique dataset – a survey of attitudes combined with analysis of web browsing histories of participants from 6 counties – the UK, France, German, Italy, Spain and the US.  The web tracking data includes 150 million website visits over a 3-month period, March 15 to June 16 2019.  The survey of 9625 participants took place between April 23-May 11, 2019.  Survey participants were asked questions about their political attitudes, voting intentions and attitudes towards climate change.

The researchers also looked at the impact of demographic variables on attitudes towards climate change.  Key findings include: