Skip down to main content
Published on
11 May 2021
A new study by researchers at the Oxford Internet Institute, University of Oxford uncovers a coordinated amplification network promoting the Twitter accounts of PRC diplomats based in the United Kingdom.

A new study by researchers at the Oxford Internet Institute, University of Oxford uncovers a coordinated amplification network promoting the Twitter accounts of PRC diplomats based in the United Kingdom. The report published by the Oxford researchers is based on a seven-month investigation by the Oxford Internet Institute and the Associated Press and represents the first public disclosure of a coordinated amplification network specifically dedicated to PRC diplomats.

The Oxford researchers examine all tweets, retweets and replies to tweets by the ambassador to the UK at the time of analysis, Liu Xiaoming, and the official account of the Chinese Embassy in London between 9 June 2020 and 31 January 2021. Using data science methods, network analysis and computational linguistics, the Oxford researchers were able to show that multiple accounts were used in a coordinated effort to promote the PRC’s diplomats on Twitter. The coordinated inauthentic network was detected and analysed as part of a forensic investigation with the Associated Press’ (AP) Global Investigations Team.

Marcel Schliebs, doctoral candidate and lead author of the paper at the Oxford Internet Institute, University of Oxford said: “In our investigation, we identify 62 accounts that show strong signs of coordination. These accounts amplify the messages from UK-based PRC diplomats at a high rate, often hundreds or thousands of times within just a few months.”

The forensic investigation of the coordinated network by the researchers at the Oxford Internet Institute and the Associated Press revealed several coordination patterns in the timing of the accounts and language used.

Explains Schliebs, “Our assessment that accounts in the network coordinated with each other is based on a variety of features including account creation, activity timing, and language patterns. Viewed together, these coordination traces were so strong and distinct from a benchmark of other users engaging with PRC diplomats that they cannot be explained by chance. The fact that Twitter has suspended all remaining accounts for platform manipulation in reaction to our investigation further supports this conclusion.”

The Oxford researchers measured the overall impact of the coordinated amplification campaign.

Adds Hannah Bailey, co-author of the paper and doctoral candidate at the Oxford Internet Institute, “In our UK case study, we find that nearly half of retweet engagement with UK-based PRC diplomat accounts can be identified as inauthentic coordinated activity. PRC actors therefore appear to be inflating the prominence of certain tweets to benefit the reputation of the ambassador, the embassy and ultimately the PRC.”

The study is based on the results of a seven-month investigation by the OII and the Associated Press (AP) Global Investigations Team between June 2020 and February 2021. Read the full study, ‘China’s Inauthentic UK Twitter Diplomacy: A Coordinated Network Amplifying PRC Diplomats. The research was peer reviewed by five independent recognised external experts in the field.  The study has received ethical review. Curec number – SSH_OII_CIA_20_041. The authors gratefully acknowledge the support of Craig Newmark Philanthropies, the Economic and Social Research Council (UKRI Grant Number 2260175), Ford Foundation, and Luminate. Find out more about the work of the Programme for Democracy and Technology. 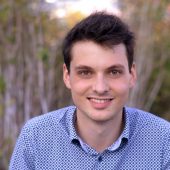 Marcel is a doctoral candidate in Social Data Science and Researcher at the Computational Propaganda Project. His research is at the intersection of political science, statistics and computer science, with a focus on elections and disinformation. 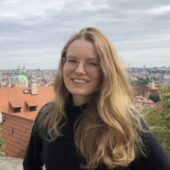