The Internet and related information and communication technologies (ICTs) are being integrated into everyday life and work in a growing number of nations. Roughly a third of the world’s population has access to the Internet, with more than 80 percent of the global online population participating on one or more social networking sites. Mobile phones subscriptions worldwide, which are increasingly converging around Internet infrastructures and services, have almost reached the six billion mark. The consequences of these trends include growth in electronic commerce, which is rising at double-digit rates internationally, and changes in patterns of information consumption and creation.

As a result of this, Internet stakeholders ranging from governments to civil organizations, to businesses and industries have become increasingly concerned about issues of online privacy, trust, security, and freedom on a more global scale. Much has been written about national policies around the world, but less is known about cross-national comparative differences from the perspective of Internet users. How are individuals experiencing change in their expectations and concerns surrounding such issues as their control over personal information, the credibility of information sources, the safety of their information, and their ability to express themselves online? These issues are of particular importance to track at this time as nations are introducing new Internet policies and regulations that could reshape the public’s experiences online – for better or worse.

Many experts failed to anticipate the societal implications of ICTs that have unfolded over the last 40 years of the Internet. Even when the Internet became commercial and accessible to citizens 15 years ago, most pundits did not foresee the scale of its diffusion and impact. However the change has been rapid and today we are faced with some important questions in the context of increasingly ubiquitous technology.

We have led with survey research as a means to identify patterns and trends in individual attitudes and behaviours related to online trust, privacy, security and freedom. A first Web-based questionnaire was designed in 2010, which asked Internet users about their individual values, opinions and behaviour in such areas as the protection and dissemination of personal information online, the use of security mechanisms and safeguards, the degree of trust in other online actors as well as perceived levels of freedom online. Measures for high-tech households, patterns of Internet use and online activities were also included in the questionnaire. Over 5,400 adult Internet users in 13 different countries were surveyed through an online questionnaire, which was supported and administered by comScore in November 2010. This enabled a more cross-national and cross-regional comparative perspective than previous Internet surveys, which have most often focused on a single locale or nation.

Results from this survey were published initially in the World Economic Forum’s Global Information Technology Report 2010-2011. A second paper, based on this study, was also presented at the iCS-OII Symposium on ‘A Decade in Internet Time’ an OII-iCS Symposium on the Dynamics of the Internet and Society, at the University of Oxford, 21-24 September 2011, and as an INSEAD Working Paper.

Key findings from the study highlighted the emerging contours of a new Internet world that is characterised by:

The research team is in discussion with the WEF and comScore on the potential for fielding a second online survey in 2012. The original questionnaire is being revisited to explore and build on the key findings from the first study. The team plans to add additional countries and languages as well in order to increase the value of the research. We expect to report on the results from this second survey in the autumn of 2012.

Soumitra Dutta is the Roland Berger Chaired Professor of Business and Technology, and Founder and Director of elab@INSEAD, Fountainbleau, France. 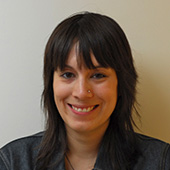 Something for the weekend

"The newly emerging nations online, such as those in Asia and Latin and South America, are becoming dominant" according to recently published findings on global Internet values.