Nicolas was a postdoctoral researcher at the Oxford Internet Institute, working on the Geonet project. He studied how digital entrepreneurship works in environments that are far more challenging than Silicon Valley or London. His comparative grounded research covers African cities including Nairobi, Lagos, Accra, Kigali, and Harare. Nicolas is interested in the interplay of environmental factors with entrepreneurial motivations and capacities. Ultimately, this work addresses the question how and why digital entrepreneurship flourishes in some places but not in others.

Nicolas’ dissertation research at the OII focused on technology innovation hubs in Africa. The thesis proposed a theory of how hubs work, and how they differ from traditional and known forms of innovation intermediation and business incubation. During his doctoral studies, Nicolas paid a research visit to SCANCOR at Stanford, was a Clarendon Scholar, and received a fieldwork grant from the Skoll Centre for Social Entrepreneurship.

Until 2014, Nicolas was consultant for the Mobile Innovation for Development and ICT Policy & Regulation programs at infoDev (World Bank). He helped to coordinate and analyze infoDev’s global mobile incubation and entrepreneurship network of innovation hubs (“mLabs” and “mHubs”). He supported activities for innovation and talent sourcing, such as an online competition for mobile application developers. Nicolas is also contributed to projects on ICTs for post-conflict reconstruction, as well as the ICT Regulation and Broadband Strategies Toolkits.

Previously, Nicolas had published in broadband economics and policy, social online behavior, and knowledge management. He was a Fulbright scholar at Michigan State University, where he received a Master’s degree in Telecommunication, Information Studies and Media. He also holds a Diplom (equivalent to Master’s) in Media Studies and Media Management from the University of Cologne.

Nicolas continues to be active as a consultant, applying his insights to complex real-world problems in emerging markets. For instance, he recently helped the World Bank conduct an assessment of the digital entrepreneurship ecosystem in Dhaka, Bangladesh.

Nicolas is an active member of researcher communities such as the Entrepreneurial Spaces and Collectivities, Research Forum Entrepreneurship Africa, and the Connectivity, Inclusion, and Inequality Group at the OII. 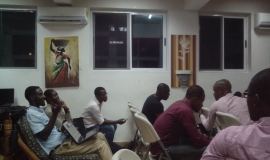 Hubs vs. Incubators: What Are the Pain Points for Impact and Efficiency? 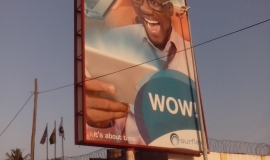 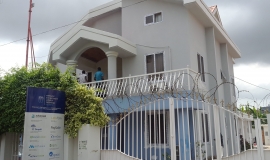 Incubators vs. Hubs at the Example of Accra