It’s about time. However, despite enthusiasm, there is a lack of academic consensus about the impacts of digital connectivity on economic development.

Vast sums of money have been invested in projects to connect the world’s remaining four billion people, with these ambitious schemes often presenting digital connectivity as a means to achieve a range of social and economic developmental goals. This is especially the case for Africa, where Internet penetration rates remain relatively low, while the need for effective development strategies continues to be pressing.

Development has always grappled with why some people and places have more than others, but much of that conversation is lost within contemporary discourses of ICTs and development. As states and organisations rush to develop policies and plans, build drones and balloons, and lay fibre-optic cables, much is said about the power of ICTs to positively transform the world’s most underprivileged people and places.

Despite the vigour of such claims, there is actually a lack of academic consensus about the impacts of digital connectivity on economic development. In their new article, Nicolas Friederici, Sanna Ojanperä and Mark Graham review claims made by African governments and large international institutions about the impacts of connectivity, showing that the evidence base to support them is thin.

It is indeed possible that contemporary grand visions of connectivity are truly reflective of a promising future, but it is equally possible that many of them are hugely overblown. The current evidence base is mixed and inconclusive. More worryingly, visions of rapid ICT-driven development might not only fail to achieve their goals — they could actively undermine development efforts in a world of scarce resources. We should therefore refuse to believe it is self-evident that ICTs will automatically bring about development, and should do more to ask the organisations and entities who produce these grand visions to justify their claims.

We caught up with the authors to discuss their findings.

Ed.: Who is paying for these IT-development projects: are they business and profit-led, or donor led: and do the donors (and businesses) attach strings?

Nicolas: Funding has become ever more mixed. Foundational infrastructure like fibre-optic cables have usually been put in place through public private partnerships, where private companies lay out the network while loans, subsidies, and policy support are provided by national governments and organizations like the World Bank. Development agencies have mostly funded more targeted connectivity projects, like health or agricultural information platforms.

Recently, philanthropic foundations and tech corporations have increased their footprint, for instance, the Rockefeller Foundation’s Digital Jobs project or Facebook’s Open Cellular Base stations. So we are seeing an increasingly complex web of financial channels. What discourse does is pave the way for funding to flow into such projects.

The problem is that, while private companies may stop investing when they don’t see returns, governments and development funders might continue to pour resources into an agenda as long as it suits their ideals or desirable and widely accepted narratives. Of course, these resources are scarce; so, at the minimum, we need to allow scrutiny and look for alternatives about how development funding could be used for maximum effect.

Ed.: Simple, aspirational messages are obviously how politicians get people excited about things (and to pay for them). What is the alternative?

Nicolas: We’re not saying that the rhetoric of politicians is the problem here. We’re saying that many of the actors who are calling the shots in development are stubbornly evading valid concerns that academics and some practitioners have brought forward. The documents that we analyze in the article — and these are very influential sources — pretend that it is an unquestionable fact that there is a causal, direct and wide-spread positive impact of Internet and ICTs on all facets of development, anywhere. This assertion is not only simplistic, it’s also problematic and maybe even dangerous to think about a complex and important topic like (human, social) development in this way.

The alternative is a more open and plural conversation where we openly admit that resources spent on one thing can’t be spent on another, and where we enable different and critical opinions to enter the fray. This is especially important when a nation’s public is disempowered or misinformed, or when regulators are weak. For example, in most countries in Europe, advocacy groups and strong telecoms regulators provide a counterforce to the interests of technology corporations. Such institutions are often absent in the Global South, so the onus is on development organizations to regulate themselves, either by engaging with people “on the ground” or with academics. For instance, the recent World Development Report by the World Bank did this, which led the report to, we think, much more reliable and balanced conclusions compared to the Bank’s earlier outputs.

Ed.: You say these visions are “modernist” and “techno-determinist” — why is that? Is it a quirk of the current development landscape, or does development policy naturally tend to attract fixers (rather than doubters and worriers..). And how do we get more doubt into policy?

In a nutshell, that’s what we mean when we say that visions are modernist and techno-determinist: many development organizations, governments, and corporations make the implicit assumption that technological progress is fixing development, that this is an apolitical and unstoppable process, and that this is working out in the same way everywhere on earth. This assumption glances over contestation, political choices and trade-offs, and the cultural, economic, and social diversity of contexts.

Ed.: Presumably if things are very market-led: the market will decide if the internet “solves” everything: ie either it will, or it won’t. Has there been enough time yet to verify the outcomes of these projects (e.g. how has the one-laptop initiative worked out)?

Nicolas: I’m not sure I agree with the implication that markets can decide if the Internet solves everything. It’s us humans who are deciding, making choices, prioritizing, allocating resources, setting policies, etc. As humans, we might decide that we want a market (that is, supply and demand matched by a price mechanism) to regulate some array of transactions. This is exactly what is happening, for instance, with the spread of mobile money in Kenya or the worldwide rise of smartphones: people feel they benefit from using a product and are willing to pay money to a supplier.

The issue with technology and development is (a) that in many cases, markets are not the mechanism that achieves the best development outcomes (think about education or healthcare), (b) that even the freest of markets needs to be enabled by things like political stability, infrastructure, and basic institutions (think about contract law and property rights), and (c) that many markets need regulatory intervention or power-balancing institutions to prevent one side of the exchange to dominate and exploit the other (think about workers’ rights).

In each case, it is thus a matter of evaluating what mixture of technology, markets, and protections works best to achieve the best development outcomes, keeping in mind that development is multi-dimensional and goes far beyond economic growth. These evaluations and discussions are challenging, and it takes time to determine what works, where, and when, but ultimately we’re improving our knowledge and our practice if we keep the conversation open, critical, and diverse.

Ed.: Is there a consensus on ICT and development, or are there basically lots of camps, ranging from extreme optimists to extreme pessimists? I get the impression that basically “it’s complicated” — is that fair? And how much discussion or recognition (beyond yourselves) is there about the gap between these statements and reality?

Nicolas: ICT and development has seen a lot of soul-searching, and scholars and practitioners have spent over 20 years debating the field’s nature and purpose. There is certainly no consensus on what ICTD should do, or how ICTs effect/affect development, and maybe that is an unrealistic — and undesirable — goal. There are certainly optimistic and pessimistic voices, like you mention, but there is also a lot of wisdom that is not widely acknowledged, or not in the public domain at all. There are thousands of practitioners from the Global North and South who have been in the trenches, applied their critical and curious minds, and seen what makes an impact and what is a pipe dream.

So we’re far from the only ones who are aware that much of the ICTD rhetoric is out of touch with realities, and we’re also not the first ones to identify this problem. What we tried to point out in our article is that the currently most powerful, influential, and listened to sources tend to be the ones that are overly optimistic and overly simplistic, ignoring all the wisdom and nuance created through hard scholarly and practical work. These actors seem to be detached from the messy realities of ICTD.

This carries a risk, because it is these organizations (governments, global consultancies, multilateral development organizations, and international tech corporations) that are setting the agenda, distributing the funds, making the hiring decisions, etc. in development practice. 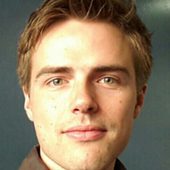 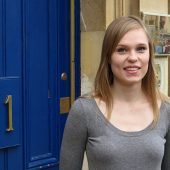