Skip down to main content
Published on
7 Oct 2020
In a new study by researchers at the Oxford Internet Institute, analysis shows that public perceptions on the use of AI in public life is divided, with populations in the West, generally more worried about AI than those in the East.

In a new study by researchers at the Oxford Internet Institute, Global Attitudes towards Artificial Intelligence (AI) & Automated Decision Making, analysis shows that public perceptions on the use of AI in public life is divided, with populations in the West, generally more worried about AI than those in the East.

The study, co-authored by doctoral researcher Lisa-Maria Neudert, Dr Aleksi Knuutila, and Professor Philip N. Howard, is based on analysis of survey data from the 2019 World Risk Poll, published by the Lloyds Register Foundation powered by Gallup, which examines peoples’ perceptions of global risks across 142 countries. It is the second in a series of reports from the Oxford Commission on AI and Good Governance (OxCAIGG), which seeks to advise world leaders on effective ways to use AI and machine learning in public administration and governance.

The Oxford researchers examined the 2019 World Risk Poll data in relation to public attitudes towards the development of AI in the future, in particular, whether people think AI would help or mostly harm people in next twenty years.

“Understanding public confidence in AI and machine learning is vital to the successful implementation of such systems in government. Our analysis suggests that putting AI to work for good governance will be a two-fold challenge. Involving AI and machine learning systems in public administration is going to require inclusive design, informed procurement, purposeful implementation and persistent accountability.

Additionally, it will require convincing citizens in many countries around the world that the benefits of using AI in public agencies outweighs the risks.”

The Oxford study is based on analysis of data from the World Risk Poll 2019,  published by the Lloyds Register Foundation.  The Poll comprises survey data from 154,195 participants living in 142 countries with interviews carried out between May 2019 and January 2020.

The Oxford Commission on AI and Good Governance launched in July 2020. Its mission is to investigate the procurement and implementation challenges surrounding the use of AI for good governance faced by democracies around the world, identify best practices for evaluating and managing risks and benefits, and recommend strategies in an effort to take full advantage of technological capacities while mitigating potential harms of AI-enabled public policy. 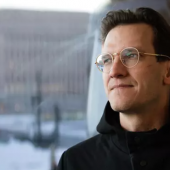 Aleksi Knuutila is an anthropologist and data scientist. He was working as a Postdoctoral Researcher in the Computational Propaganda programme, where he used computational and qualitative methods to study political communications and communities.

The goal of the Oxford Commission on AI and Good Governance is to develop principles and practical policy recommendations, to improve the use of AI in democratic governance around the world.
An OII Micro-site