Oxford University’s Oxford Internet Institute (OII), one of the world’s first truly multidisciplinary Internet centres based in a major university, has appointed five new Research Fellows to expand its research in a diverse range of areas concerned with the interplay between the growing use and uses of the Internet and broad social and economic developments.

The five new Research Fellows are Alexandre Caldas, Rebecca Eynon, Ralph Schroeder, Limor Shifman and Steven Ward. The topics they will study encompass: the social dynamics of virtual environments; the role of the Internet in politics; collaborative networks in the sciences, e-learning; and humour on the Internet. (See biographical notes below.) These appointments follow the recent announcement that Helen Margetts will become the OII’s new Professor of Society and the Internet, taking up her post in October 2004.

Professor William Dutton, Director of the OII, commented: “These appointments of top-quality researchers are further milestones in the OII’s programme of building a strong base of researchers, which we have been pursuing since the Institute was founded in 2001. The diverse societal implications of the Internet is reflected in the range of disciplines and topics within the team, whose work is targeted within – and across – four strategic areas of vital public significance: markets, institutions and governance; learning and education; science and networks; and everyday life in the household, wider community and workplace.”

The new researchers will join the OII at different times up to January 2005.

Rebecca Eynon (The Sociology of e-Learning)

Dr Rebecca Eynon will join the OII in January 2005, after completing an ESRC Postdoctoral Research Fellowship in the Department of Sociology at City University, London. Her work focuses on the use of the Web in teaching and learning in higher education, having worked on a number of research projects at the Open University, the University of Leicester and the University of Birmingham. At Birmingham, Rebecca was a research fellow in the School of Education. She began her PhD studies in the Department of Cultural Studies and Sociology, before moving to City University to complete her doctorate in sociology. She has a number of refereed journal articles focussed on the role of the Internet in medical and dental education, and in higher education. These illustrate a critical perspective on new developments as well as a commitment to contributing to policy and practice.

Dr Ralph Schroeder, a professor at Chalmers University in Sweden, and presently a Visiting Research Fellow at the OII, will join the Institute in September 2004. As a Research Fellow, he will be building on over a decade of social research on virtual environments, including efforts to employ virtual environments as laboratories for social science research. Dr Schroeder earned his PhD at the LSE in 1988. He has since taught and conducted research at Brunel University and Royal Holloway, University of London, before moving to the School of Technology Management and Economics at Chalmers University. He has published an influential book on virtual reality, entitled Possible Worlds (Boulder: Westview Press, 1996), and has another book in progress on virtual environments, as well as a book manuscript underway on science, technology and social change.

Limor Shifman (Humour on the Internet)

Dr Limor Shifman is completing her PhD in the Department of Communication at the Hebrew University of Jerusalem, focussing her dissertation on the social role of televised humour in Israel. She has evolved this work over the last year to study humour on the Internet. Her work has garnered numerous scholarships and awards, including the ‘Yoram Bar’ prize for young media researchers and the Rector’s prize for excellence in studies. Her work experience in theatre and media includes a year leading academic research for a documentary serial on the history of Israeli humor, for Israel Public Television, and over five years as a writer, producer and presenter of televised features on popular culture for the Department of Children and Youth, Israel Public Television. She has a number of publications on the evolution of communication technologies. Dr Shifman will begin her Fellowship at the OII in January 2005.

Stephen Ward (The Internet and Politics)

Dr Stephen Ward will join the OII in January 2005. He is currently a Senior Lecturer in Politics at the University of Salford, where he has taught since 1995. His work is focussed on the impact of information and communication technologies on politics and environmental politics and public policy, including research underway within the ESRC’s e-Society Programme on ‘Representative Politics in the Age of the Internet’. Dr Ward earned an MSc at the LSE and a PhD in politics at the University of the West of England in 1995. He has published widely, with two forthcoming books on the Internet and politics, including Electronic Democracy (Routledge), which he co-edited with Rachel Gibson and Andrea Rommele. 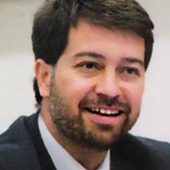