This is the first post in a series that will uncover great writing by faculty and students at the Oxford Internet Institute, things you should probably know, and things that deserve to be brought out for another viewing. This week: The US Election.

This was probably the nastiest Presidential election in recent memory: awash with Twitter bots and scandal, polarisation and filter bubbles, accusations of interference by Russia and the Director of the FBI, and another shock result. We have written about electoral prediction elsewhere: instead, here are five pieces that consider the interaction of social media and democracy — the problems, but also potential ways forward.

“Trump is very straightforwardly an embodiment of the dynamics of clickbait: he is the logical product (though not endpoint) in the political domain of a media environment designed to invite, and indeed incentivize, relentless competition for our attention […] Like clickbait or outrage cascades, Donald Trump is merely the sort of informational packet our media environment is designed to select for.”

James Williams says that now is probably the time to have that societal conversation about the design ethics of the attention economy — because in our current media environment, attention trumps everything.

It’s no surprise that automated spam accounts (or bots) are creeping into election politics, say Sam Woolley and Philip Howard. Demanding bot transparency would at least help clean up social media — which, for better or worse, is increasingly where presidents get elected.

“This is the big year for computational propaganda — using immense data sets to manipulate public opinion over social media. Both the Brexit referendum and US election have revealed the limits of modern democracy, and social media platforms are currently setting those limits […] these technologies permit too much fake news, encourage our herding instincts, and aren’t expected to provide public goods.”

Phil Howard discusses ways to address fake news, audit social algorithms, and deal with social media’s “moral pass” — social media is damaging democracy, he says, but can also be used to save it.

4. Helen Margetts: Don’t Shoot the Messenger! What part did social media play in 2016 US e­lection?

“Rather than seeing social media solely as the means by which Trump ensnared his presidential goal, we should appreciate how they can provide a wealth of valuable data to understand the anger and despair that the polls missed, and to analyse political behaviour and opinion in the times ahead.”

New social information and visibility brings change to social behaviour, says Helen Margetts — ushering in political turbulence and unpredictability. Social media made visible what could have remain a country’s dark secret (hatred of women, rampant racism, etc.), but it will also underpin any radical counter-movement that emerges in the future.

5. Helen Margetts: Of course social media is transforming politics. But it’s not to blame for Brexit and Trump

“Even if political echo chambers were as efficient as some seem to think, there is little evidence that this is what actually shapes election results. After all, by definition echo chambers preach to the converted. It is the undecided people who (for example) the Leave and Trump campaigns needed to reach. And from the research, it looks like they managed to do just that.”

Politics is a lot messier in the social media era than it used to be, says Helen Margetts, but rather than blaming social media for undermining democracy, we should be thinking about how we can improve the (inevitably major) part that it plays.

James Williams is an OII doctoral candidate, studying the ethics of attention and persuasion in technology design.

Sam Woolley is a Research Assistant on the OII’s Computational Propaganda project; he is interested in political bots, and the intersection of political communication and automation.

Philip Howard is the OII’s Professor of Internet Studies and PI of the Computational Propaganda project. He investigates the impact of digital media on political life around the world.

Helen Margetts is the OII’s Director, and Professor of Society and the Internet. She specialises in digital era government, politics and public policy, and data science and experimental methods. Her most recent book is Political Turbulence (Princeton). 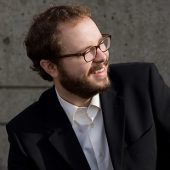