This is a short post about the research that I lead into digital work and the digital economy in Sub-Saharan Africa. The work that I do (in tandem with my Geonet colleagues) specifically looks at the growth of digital gig economy and the business process outsourcing activities in four African countries namely South Africa, Kenya, Nigeria and Ghana. I finished the first phase of the research fieldwork in South Africa and Kenya between July-December 2016 and the second and final round of fieldwork is underway, which will finish in June 2017. Below is the update on what have we done so far and our future research directions.

The Geonet project extends and builds upon an earlier project called MVPN. The MVPN research focused mainly on the emerging digital gig work, which is often referred to by various monikers such as digital gig work, platform work, online work, online outsourcing, etc. The MVPN research showed that digital freelancers face both the risks and rewards of the digital gig work in terms of incomes, work autonomy, social isolation, work-life balance, discrimination and intermediation. In our research, we built upon these research findings to go further and ask whether the emergence of various information economic activities represent a new era of development for African countries, and how information and communication technologies impact on older processes of dependence, underdevelopment, and economic extraversion. In other words, we are trying to find out who benefits and who loses in these global economic exchanges. We do this by interviewing digital freelancers, call/contact centre workers, and digital business owners (like BPO providers) in our four case study countries.

We are employing the global production networks (GPNs) framework to understand the developmental impacts brought about by emerging information economies and changing connectivities in Africa. Proponents of the GPN framework argue that the integration with global production networks can help stimulate local economic development. We are critically examining this assumption in our work.

We are looking at the production networks that digital freelancers and outsourcing firms in Africa find themselves [dis]embedded in through their participation in the global capitalist economy.

The digital work platforms seem to offer a technological fix to some socio-economic problems of unemployment, poverty and inequality by connecting clients/employers to prospective workers around the world in what seems to be a simple route to employment and income-generation for workers. However, we found that digital freelancers face intense competition and employment insecurity. We are also seeing workers experiencing a complex interplay of historical and socio-political constraints, technological challenges, prejudices (gender racial and national identity), and class relations, thereby, giving rise to very complex forms of precarious work. Yet, we also witness that there are some platform-based workers who are overcoming these barriers and challenges to succeed in deriving higher incomes than other fellow freelancers.

We are also studying the upgrading potential in the outsourcing sector (call and contact centres) in various African countries. We are examining both the economic and social upgrading in outsourcing. Economic upgrading is loosely understood as firms moving up the value chains, whereas social upgrading refers to better working conditions and the protection of worker rights and entitlements.

Since the research for WP2 is ongoing and our fieldwork is in progress, we have identified a few emergent yet under-explored themes around digital outsourcing in Africa that we are going to focus on. For example, the emergence of regional production networks of outsourcing within Africa i.e. firms setting up bases in various African countries to serve regional markets. This will be particularly helpful to understand the uneven geographical development in Africa triggered by the growth of information economy.

Finally, going forward into the second phase of the fieldwork, we will also be examining alienation from work and the agency of labour in emerging digital gig work. In light of the emergence of digital gig work, an updated approach to the concept of alienation that responds to the future of work is required. We hope to offer our contribution to this side of the debate. Secondly, we are focusing on the agency of labour on platforms and the exercise of their agency to overcome risks associated with platform-based work. This will hopefully offer prospect for lives and livelihoods among digital freelancers in Africa. 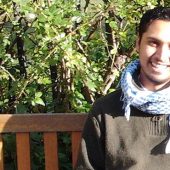