Skip down to main content
Published on
23 Mar 2010
An OII-LSE team is asked by the National Audit Office (NAO) to design a methodology for costing the impact of digital exclusion, working out the financial benefits of Internet access for key excluded groups.

Recent work by the Oxford Internet Institute (OII) (University of Oxford) has shown that technological forms of exclusion are a reality for significant segments of the population, that different groups experience different types of exclusion, and that for some people they reinforce and deepen existing disadvantages, such as social and economic exclusion (see Notes for Editors).

The team estimated indicators of financial harm as a result of digital exclusion to certain key groups:

The economic ‘benefits foregone’ through the exclusion of these groups were used to calculate the financial benefits – to individuals, government and the economy – of government intervention to tackle digital exclusion.

We are inviting a variety of stakeholders – including policymakers, the third sector, academics, the private sector and the interested public – to comment with the aim of improving the methodology, highlighting any concerns or gaps in the design, and raising questions for future research.

Take Part in the Deliberation

The methodology will be online, and available for comment, until 26 April 2010.

Take part at: Developing a Methodology for Costing the Impact of Digital Exclusion.

The site provides a background to the project, instructions on how to leave comments or questions or join a discussion thread, and the methodology itself. Comments may be made anonymously.

In developing this methodology, the team drew on their extensive experience of working together on earlier National Audit Office (NAO) value for money studies, including: Government on the Web (1999), Government on the Web II (2002) and Government on the Internet: Progress in Delivering Information and Services Online (2007). See the research team’s website: http://www.governmentontheweb.org/

The methodology made use of data from the Oxford Internet Institute’s biennial Oxford Internet Surveys (OxIS), which provide the most comprehensive survey of Internet use in Britain. Datasets based on multiple independent surveys conducted by the UK Office for National Statistics (ONS) and the Office of Communications (Ofcom) were used to replicate indices and analyses to validate the central findings. More details are available in research carried out by the OII (with the ONS and Ofcom) for the Department for Communities and Local Government (CLG), published as: Digital Inclusion: An Analysis of Social Disadvantage and the Information Society (2008). 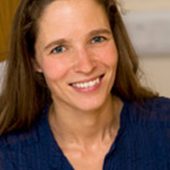