Ellen Helsper obtained her MSc degree in media psychology at Utrecht University in the Netherlands in 1998. During the following 5 years she worked in Chile as an associate researcher for the Social Psychology and Media and Communications Departments at the Pontificia Universidad Catolica (PUC). She was involved in designing and analysing the first public opinion poll about the military coup in Chile and the effect of media framing on opinions towards the events on the day of the coup. Other projects she was involved in looked at the relation between fear of crime and media exposure in disadvantaged neighbourhoods, the importance of news anchors in television viewers’ everyday lives and the introduction of cable television and broadband internet into Chilean society. Simultaneously she worked in the commercial sector for Adimark and OMD as a media research consultant working on projects in relation to image management of broadcast personalities and general media market research.

After that she worked in New York and Mexico for OMD USA as a Latin American Audience researcher, looking amongst other things at the distribution and popularity of sports viewing around the world. She joined the LSE as a doctoral researcher in 2003 and was involved in the UK Kids Online Project which examined at children’s and their parent’s internet use and attitudes. While she was working on her PhD she did consultancy work for OSSWatch (Oxford University), Ofcom, the BBC and Plan International. The outputs of this consultancy work ranged from reports on the impact of R18 rated and food advertising material on young people to the use of Open Source Software in higher education and the evaluation of journalist training programmes in post-conflict areas.

In 2007 she obtained a PhD in Media and Communications with a thesis bearing the title: ‘Internet Use amongst teenagers: Social inclusion, self-confidence and group identity’. This was followed by a position as Survey Research Fellow at the Oxford Internet Institute (OII, University of Oxford). There she managed and analysed the biennial Oxford Internet Surveys (OxIS), the UK partner in the World Internet Project. She was responsible for designing and analysing the 2007 and 2009 surveys. She also worked on developing a research framework and project on the role of the Internet in intimate relationships through the ‘Me, My Spouse and the Internet’ project.

Ellen Helsper is now a lecturer in the Media and Communications Department of the LSE with a specialisation in Quantitative Media Research. Her current research interests include the links between digital and social exclusion; mediated interpersonal communication; and methodological developments in media research. She is an Academic Advisor and Associate Lecturer at the Media and Communications Department of the PUC in Chile. She has further held the roles of Specialist Advisor on Digital Inclusion for the Welsh Affairs Committee and External Examiner for the Institute of Arts, Design and Technology in Dublin. 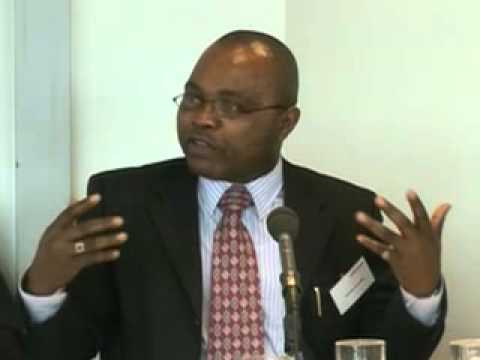 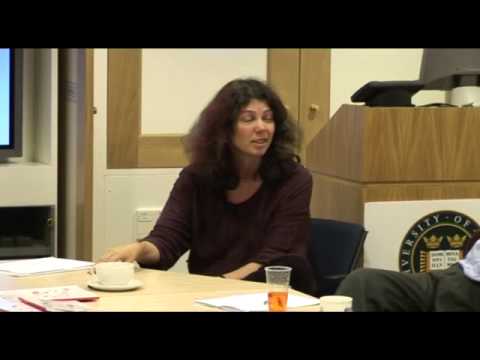 Active participation or just more information? Young people’s take-up of opportunities to act and interact on the Internet

Discussion of key issues of children's Internet use identified by survey research. Interviews with children and parents provide high quality data to address major controversies surrounding the opportunities and risks of Internet use by children.

This 2009 report from Oxford sets out how Britons access, use, and perceive the internet. The report describes aspects of the new, and more mobile, Internet and its Web 2.0 platforms. 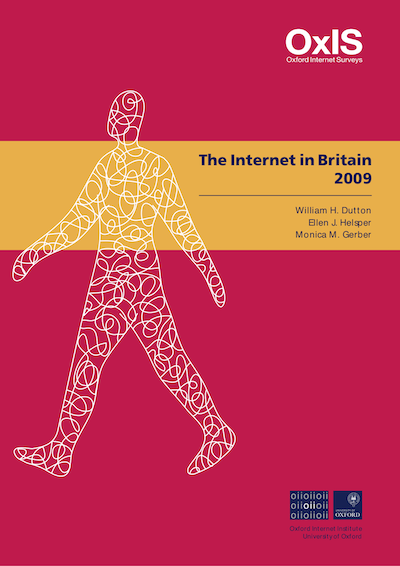 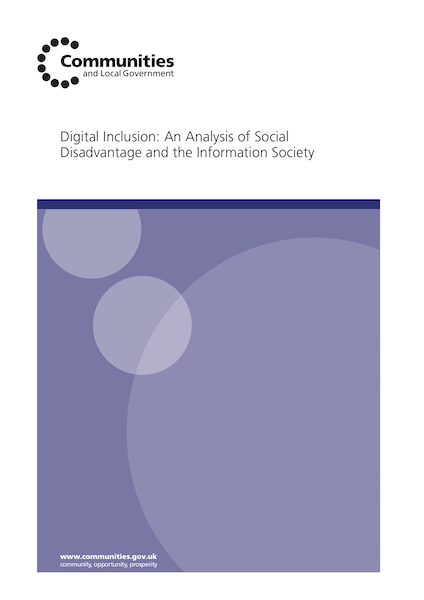 Digital Inclusion: An Analysis of Social Disadvantage and the Information Society

Developing a Methodology for Costing the Impact of Digital Exclusion

An OII-LSE team is asked by the National Audit Office (NAO) to design a methodology for costing the impact of digital exclusion, working out the financial benefits of Internet access for key excluded groups.

Oxford Internet Surveys (OxIS) 2009: Attitudes Towards the Internet in Britain

One of the main challenges in creating a Digital Britain will be to change the perceptions of the third of the British population who choose not to use the internet, according to the latest in a series of Oxford University Surveys (OxIS).

Oxford Internet Survey into how Britons are using the Internet in 2009 suggests that the proportion of people reading online newspapers has doubled since 2007: 58% of Internet users said they read a newspaper or news online, compared to 30% in 2007.

A new report released by the OII and Communities and Local Government (CLG) indicates that technological forms of exclusion are a reality for significant segments of the UK population, and that they can reinforce and deepen existing disadvantages