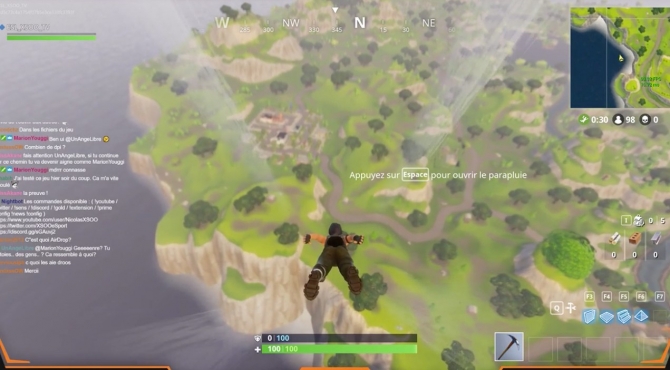 There are active debates surrounding Internet Gaming Disorder (IGD), however, a new study suggests that it may not, in itself, be robustly associated with important clinical outcomes.

Internet-based video games are a ubiquitous form of recreation pursued by the majority of adults and young people. With sales eclipsing box office receipts, games are now an integral part of modern leisure. However, the American Psychiatric Association (APA) recently identified Internet Gaming Disorder (IGD) as a potential psychiatric condition and has called for research to investigate the potential disorder’s validity and its impacts on health and behaviour.

Research responding to this call for a better understanding of IGD is still at a formative stage, and there are active debates surrounding it. There is a growing literature that suggests there is a basis to expect that excessive or problematic gaming may be related to lower health, though findings in this area are mixed. Some argue for a theoretical framing akin to a substance abuse disorder (i.e. where gaming is considered to be inherently addictive), while others frame Internet-based gaming as a self-regulatory challenge for individuals.

In their article “A prospective study of the motivational and health dynamics of Internet Gaming Disorder“, Netta Weinstein, the OII’s Andrew Przybylski, and Kou Murayama address this gap in the literature by linking self-regulation and Internet Gaming Disorder research. Drawing on a representative sample of 5,777 American adults they examine how problematic gaming emerges from a state of individual “dysregulation” and how it predicts health — finding no evidence directly linking IGD to health over time.

This negative finding indicates that IGD may not, in itself, be robustly associated with important clinical outcomes. As such, it may be premature to invest in management of IGD using the same kinds of approaches taken in response to substance-based addiction disorders. Further, the findings suggests that more high-quality evidence regarding clinical and behavioural effects is needed before concluding that IGD is a legitimate candidate for inclusion in future revisions of the Diagnostic and Statistical Manual of Mental Disorders.

We caught up with Andy to explore the implications of the study:

Ed: To ask a blunt question upfront: do you feel that Internet Gaming Disorder is a valid psychiatric condition (and that “games can cause problems”)? Or is it still too early to say?

Andy: No, it is not. It’s difficult to overstate how sceptical the public should be of researchers who claim, and communicate their research, as if Internet addiction, gaming addiction, or Internet gaming disorder (IGD) are recognized psychiatric disorders. The fact of the matter is that American psychiatrists working on the most recent revision of the Diagnostic and Statistical Manual of Mental Disorders (DSM5) highlighted that problematic online play was a topic they were interested in learning more about. These concerns are highlighted in Section III of the DSM5 (entitled “Emerging Measures and Models”). For those interested in this debate see this position paper.

Ed: Internet gaming seems like quite a specific activity to worry about: how does it differ from things like offline video games, online gambling and casino games; or indeed the various “problematic” uses of the Internet that lead to people admitting themselves to digital detox camps?

Andy: In some ways computer games, and Internet ones, are distinct from other activities. They are frequently updated to meet players expectations and some business models of games, such as pay-to-play are explicitly designed to target high engagement players to spend real money for in-game advantages. Detox camps are very worrying to me as a scientist because they have no scientific basis, many of those who run them have financial conflicts of interest when they comment in the press, and there have been a number of deaths at these facilities.

Ed: You say there are two schools of thought: that if IGD is indeed a valid condition, that it should be framed as an addiction, i.e. that there’s something inherently addictive about certain games. Alternatively, that it should be framed as a self-regulatory challenge, relating to an individual’s self-control. I guess intuitively it might involve a bit of both: online environments can be very persuasive, and some people are easily persuaded?

Andy: Indeed it could be. As researchers mainly interested in self-regulation we’re most interested in gaming as one of many activities that can be successfully (or unsuccessfully) integrated into everyday life. Unfortunately we don’t know much for sure about whether there is something inherently addictive about games because the research literature is based largely on inferences based on correlational data, drawn from convenience samples, with post-hoc analyses. Because the evidence base is of such low quality most of the published findings (i.e. correlations/factor analyses) regarding gaming addiction supporting it as valid condition likely suffer from the Texas Sharpshooter Fallacy.

Ed: Did you examine the question of whether online games may trigger things like anxiety, depression, violence, isolation etc. — or whether these conditions (if pre-existing) might influence the development of IGD?

Andy: Well, our modelling focused on the links between Internet Gaming Disorder, health (mental, physical, and social), and motivational factors (feeling competent, choiceful, and a sense of belonging) examined at two time points six months apart. We found that those who had their motivational needs met at the start of the study were more likely to have higher levels of health six months later and were less likely to say they experienced some of the symptoms of Internet Gaming Disorder.

Ed: All games are different. How would a clinician identify if someone was genuinely “addicted” to a particular game — there would presumably have to be game-by-game ratings of their addictive potential (like there are with drugs). How would anyone find the time to do that? Or would diagnosis focus more on the individual’s behaviour, rather than what games they play? I suppose this goes back to the question of whether “some games are addictive” or whether just “some people have poor self-control”?

Andy: No one knows. In fact, the APA doesn’t define what “Internet Games” are. In our research we define ask participants to define it for themselves by “Think[ing] about the Internet games you may play on Facebook (e.g. Farmville), Tablet/Smartphones (e.g. Candy Crush), or Computer/Consoles (e.g. Minecraft).” It’s very difficult to overstate how suboptimal this state of affairs is from a scientific perspective.

Ed: Is it odd that it was the APA’s Substance-Related Disorders Work Group that has called for research into IGD? Are “Internet Games” unique in being classed as a substance, or are there other information based-behaviours that fall under the group’s remit?

Andy: Yes it’s very odd. Our research group is not privy to these discussions but my understanding is that a range of behaviours and other technology-related activities, such as general Internet use have been discussed.

Ed: A huge amount of money must be spent on developing and refining these games, i.e. to get people to spend as much time (and money) as possible playing them. Are academics (and clinicians) always going to be playing catch-up to industry?

Andy: I’m not sure that there is one answer to this. One useful way to think of online games is using the example of a gym. Gyms are most profitable when many people are paying for (and don’t cancel) their memberships but owners can still maintain a small footprint. The world’s most successful gym might be a one square meter facility, with seven billion members but no one ever goes. Many online games are like this, some costs scale nicely, but others have high costs, like servers, community management, upkeep, and power. There are many studying the addictive potential of games but because they constantly reinvent the wheel by creating duplicate survey instruments (there are literally dozens that are only used once or a couple of times) very little of real-world relevance is ever learned or transmitted to the public.

Ed: It can’t be trivial to admit another condition into the Diagnostic and Statistical Manual of Mental Disorders (DSM-5)? Presumably there must be firm (reproducible) evidence that it is a (persistent) problem for certain people, with a specific (identifiable) cause — given it could presumably be admitted in courts as a mitigating condition, and possibly also have implications for health insurance and health policy? What are the wider implications if it does end up being admitted to the DSM-5?

Andy: It is very serious stuff. Opening the door to pathologizing one of the world’s most popular recreational activities risks stigmatizing hundreds of millions of people and shifting resources in an already overstretched mental health systems over the breaking point.

Ed: You note that your study followed a “pre-registered analysis plan” — what does that mean?

Andy: We’ve discussed the wider problems in social, psychological, and medical science before. But basically, preregistration, and Registered Reports provide scientists a way to record their hypotheses in advance of data collection. This improves the quality of the inferences researchers draw from experiments and large-scale social data science. In this study, and also in our other work, we recorded our sampling plan, our analysis plan, and our materials before we collected our data.

Ed: And finally: what follow up studies are you planning?

Andy: We are now conducting a series of studies investigating problematic play in younger participants with a focus on child-caregiver dynamics.

Additional peer-reviewed articles in this area by Andy include:

For more on the ongoing “crisis in psychology” and how pre-registration of studies might offer a solution, see this discussion with Andy and Malte Elson: Psychology is in crisis, and here’s how to fix it.

Could Voting Advice Applications force politicians to keep their manifesto promises?
Should Technical Actors Play a Political Role in the Internet Age?