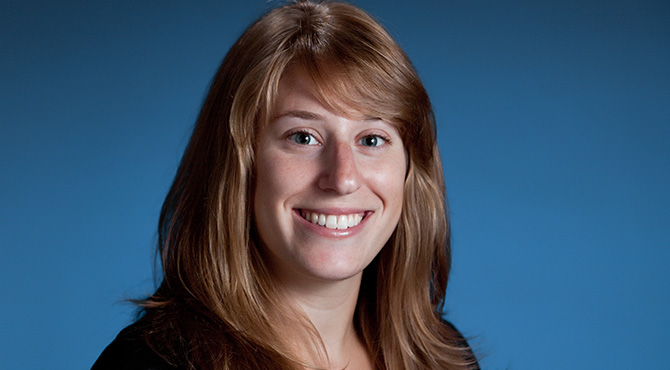 Alissa Cooper is a doctoral alumna of the Oxford Internet Institute. Her research is about how country-specific regulatory factors and industry paradigms impact Internet engineering.

Alissa Cooper is a doctoral student at the Oxford Internet Institute. Her research is about how country-specific regulatory factors and industry paradigms impact Internet engineering. For her doctoral research, she is currently conducting a comparative study of the relationship between telecom regulation and broadband Internet traffic management in the UK and the US.

Prior to joining OII, Alissa served as the Chief Computer Scientist at the Center for Democracy and Technology (CDT), a non-profit public policy organization headquarted in Washington, DC. Her work at CDT focused on a range of Internet policy issues including consumer privacy, net neutrality, and technical standards. She conducted original research and writing on numerous policy topics, served as technical liaison between CDT and engineers at technology companies and within Internet standards bodies, and served as CDT’s technical voice in public forums. During her time in DC, Alissa testified before the US Congress and and on several occasions before the Federal Trade Commission.

Alissa continutes to serve as CDT’s Chief Computer Scientist on a part-time basis. She currently co-chairs the Geographic Location/Privacy working group (Geopriv) and serves on the Internet Architecture Board (IAB) within the Internet Engineering Task Force (IETF). She is also a member of the Technical Working Group of the Broadband Internet Technical Advisory Group (BITAG).

Alissa joined CDT after completing her Bachelor’s and Master’s degrees in Computer Science at Stanford University. There her work focused on computer security issues and included research into the structure and organization of botnets and online forums used to perpetrate fraud.