“Anything that causes chaos is RT’s line” New study lifts the lid on RT’s role in wreaking political havoc. 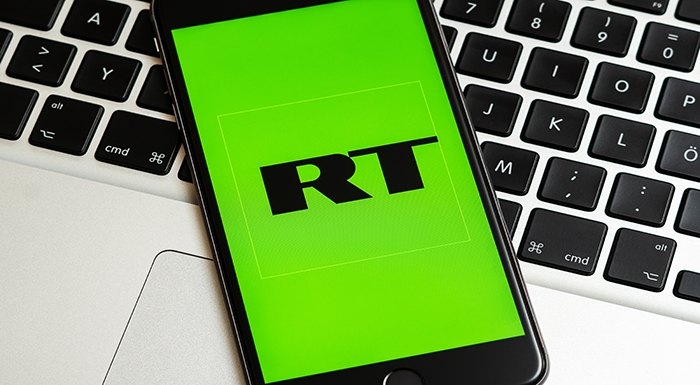 New analysis from researchers at the Oxford Internet Institute, University of Oxford, shows how internal processes at RT contribute to the anti-West news agenda and its critical representation of Western government across all RT languages.  The Oxford study is the first of its kind to go behind the scenes, with researchers speaking to former and current staff, lifting the lid on daily newsroom practices at RT.

In this paper, co-authored by lead researcher Mona Elswah, Oxford Internet Institute and Professor Philip N. Howard, Director, Oxford Internet Institute, ‘The Organisational Behaviour of Russia Today’, the Oxford academics examine the current media system followed within RT and the ways in which its organisational behaviour ensures that editorial content is in line with the Russian government’s foreign policy positions.  The paper is published in the Journal of Communication.

The Oxford researchers explore the organisational structure that forms the foundation of the process of content control, socialisation of its journalists and the adaptability of the channel and its journalists. They also examine the ‘gatekeeping’ processes used at RT to reframe the news, such as the extent of the Russian governments’ involvement in hiring top managers, imposing story angles and in some instances, disapproving of stories.  The researchers also explore how RT uses social controls such as rewarding loyalty to RT with greater career progression opportunities.

In addition, they set out a framework for examining state-backed media operations, using RT as a case study to show how understanding historical and domestic contexts can help scholars assess the level of propaganda prevalent within news output from domestic and foreign news bureaus.

Mona Elswah, doctoral candidate and lead author of the paper, Oxford Internet Institute, University of Oxford said: “Our case study shines a light on the organisational behaviour of RT and the way in which RT uses gatekeeping processes and social controls through their daily practices.  We hope that our analysis provides a useful framework for other scholars researching news organisational behaviour, information warfare and international broadcasting.”

Researchers conducted face to face interviews with twenty-three RT journalists between January 2018 and March 2019. The interviews addressed the following areas:  their experience at RT, the sources they relied on to gather news and to write their stories, the political crises that shaped their RT experience and the gatekeeping process at the channel.

Professor Philip N Howard, co-author of the paper and Director of the Oxford Internet Institute states that: “We expose and explain the internal processes of an important instrument of Russia’s information warfare infrastructure. RT alone does not have the power to break Western democracies, and RT isn’t driving the Russian government’s disinformation strategy. But it is one of the most important content sources for disinformation campaigns of all kinds, whether organized by the Russian Government or extremist groups in the West.”

For more information or to request an interview, please contact Sara Spinks at press@oii.ox.ac.uk.