In many sectors, automation is seen as a threat due to the potential for job losses. By contrast, automation is seen as an opportunity in healthcare, as a way to address pressures including staff shortages, increasing demand and workloads, reduced budget, skills shortages, and decreased consultation times. Automation may address these pressures in primary care, while also reconfiguring the work of staff roles and changing the patient-doctor relationship.

In the interview below, Matt Willis discusses a project, funded by The Health Foundation, which looks at opportunities and challenges to automation in NHS England general practice services. While the main goal of the project is to classify work tasks and then calculate the probability that each task will be automated, Matt is currently conducting ethnographic fieldwork in primary care sites to understand the work practices of surgery staff and clinicians.

Since the first automated pill counting machine was introduced in 1970 the role of the pharmacist has expanded to where they now perform more patient consultations, consult with primary care physicians, and require greater technical skill (including a Pharm.D degree). While this provides one clear way in which a medical profession has responded to automation, the research team is now looking at how automation will reconfigure other professions in primary care, and how it will shape its technical and digital infrastructures.

We caught up with Matt Willis to explore the implications of automation in primary care.

Ed.: One finding from an analysis by Frey and Osborne is that most healthcare occupations (that involve things like social intelligence, caring etc.) show a remarkably low probability for computerisation. But what sorts of things could be automated, despite that?

Matt: While providing care is the most important work that happens in primary care, there are many tasks that support that care. Many of those tasks are highly structured and repetitive, ideal things we can automate. There is an incredible amount of what I call “letter work” that occurs in primary care. It’s tasks like responding to requests for information from secondary care, an information request from a medical supplier, processing a trusted assessment, and so on.

There is also generating the letters that are sent to other parts of the NHS — and letters are also triaged at the beginning of each day depending on the urgency of the request. Medical coding is another task that can be automated as well as medication orders and renewal. All of these tasks require someone working with paper or digital text documents and gathering information according to a set of criteria. Often surgeries are overwhelmed with paperwork, so automation is a potential way to make a dent in the way information is processed.

Ed.: I suppose that the increasing digitisation of sensors and data capture (e.g. digital thermometers) and patient records actually helps in this: i.e. automation sounds like the obvious next step in an increasingly digital environment? But is it really as simple as that?

Matt: Well, it’s never as simple as you think it’s going to be. The commonality of data originating in a digital format usually does make data easier to work with, manipulate, analyze, and make actionable. Even when information is entirely digital there can be barriers of interoperability between systems. Automation could even be automating the use of data from one system to the next. There are also social and policy barriers to the use of digital data for automation. Think back to the recent care.data debacle that was supposed to centralize much of the NHS data from disparate silos.

Ed.: So will automation of these tasks be driven by government / within the NHS, or by industry / the market? i.e. is there already a market for automating aspects of healthcare?

Matt: Oh yes, I think it will be a variety of those forces you mention. There is already partial automation in many little ways all over NHS. Automation of messages and notifications, blood pressure cuffs, and other medical devices. Automation is not entirely new to healthcare. The pharmacist is an exemplar health profession to look at if we want to see how automation has changed the tasks of a profession for decades. Many of the electronic health record providers in the UK have different workflow automation features or let clinicians develop workflow efficiency protocols that may automate things in specific ways.

Ed.: You say that one of the bottlenecks to automating healthcare is lack of detailed knowledge of the sorts of tasks that could actually be automated. Is this what you’re working on now?

Matt: Absolutely. The data from labour statistics is self-reported and many of the occupations were lumped together meaning all receptionists in different sectors are just listed under receptionist. One early finding I have that I have been thinking about is how a receptionist in the healthcare sector is different in their information work than a receptionist’s counterpart in another sector. I see this with occupations across health, that there are unique features that differentiate health occupations from similar occupations. This begs the need to tease out those details in the data.

Ed.: When I started in journals publishing I went to the post room every day to mail out hardcopy proofs to authors. Now everything I do is electronic. I’m not really aware of when the shift happened, or what I do with the time freed up (blog, I suppose..). Do you think it will be similarly difficult in healthcare to pin-point a moment when “things got automated”?

Matt: Well, often times with technology and the change of social practices it’s rarely something that happens overnight. You probably started to gradually send out less and less paper manuscripts over a period of time. It’s the frog sitting in a pot where the heat is slowly turned up. There is a theory that technological change comes in swarm patterns — meaning it’s not one technological change that upends everything, but the advent of numerous technologies that start to create big change.

For example, one of the many reasons that the application of automation technologies is increasing is the swarming of prior technologies like “big data” sets, advances in machine vision, machine learning, machine pattern recognition, mobile robotics, the proliferation of sensors, and further development of autonomous technologies. These kinds of things drive big advances forward.

Ed.: I don’t know if people in the publishing house I worked in lost their jobs when things like post rooms and tea trolleys got replaced by email and coffee machines — or were simply moved to different types of jobs. Do you think people will “lose their jobs“ as automation spreads through the health sector, or will it just drive a shift to people doing something else instead?

Matt: One of the justifications in the project is that in many sectors automation is seen as a threat, however, automation is seen as an opportunity in healthcare. This is in great part due to the current state of the NHS and that the smart and appropriate application of automation technologies can be a force multiplier, particularly in primary care.

I see it as not that people will be put out of jobs, but that you’ll be less likely to have to work 12 hours when you should be working 8 and to not have a pile of documents stacking up that you are three months behind in processing. The demand for healthcare is increasing, the population is aging, and people live longer. One of the ways to keep up with this trend is to implement automation technologies that support healthcare workers and management.

I think we are a long ways away from the science fiction future where a patient lays in an entirely automated medical pod that scans them and administers whatever drug, treatment, procedure, or surgery they need. A person’s tasks and the allocation of work will shift in part due to technology. But that has been happening for decades. There is also a longstanding debate about if technology creates more jobs in the long term than it destroys. It’s likely that in healthcare we will see new occupational roles, job titles, and tasks emerge that are in part automation related. Also, that tasks like filing paperwork or writing a letter will seem barbaric when a computer can, through little time and effort, do that for you. 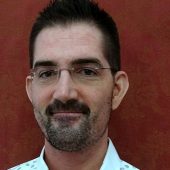 Dr Willis is investigating the potential needs and uses of automation technologies in NHS Primary Care, and how automation will shape the future design of work in healthcare. He continues to work closely with OII Senior Fellow Professor Eric Meyer.

The Future of Healthcare: Computerisation and Automation, and General Practice Services

This project is a collaboration between the Oxford Internet Institute, the Oxford Department of Engineering Science, and the Oxford Martin School, at the University of Oxford.