Wadham College has elected Theodor Holm (Ted) Nelson, the newly appointed Fellow at the University of Oxford’s Oxford Internet Institute (OII), to a Visiting Fellowship at the College. Wadham hopes he will be the first of a distinguished line of such visitors to whom it can offer a collegiate base.

Ted Nelson occupies a unique place in the computer field, a ‘systems humanist’ designer whose vision of a Utopian world of intellect focused around the computer screen foresaw, from the 1960s, the kind of cyberworld that has been opened forty years later by the rapid expansion in global use of the Internet. He will bring fresh creativity to both the OII and Wadham by focusing on a series of works that help to broaden public understanding of the history, present and future of information and communication technologies, including creating an Online Guide to the Internet and formulating new forms of copyright.

Ted Nelson’s coining of the term ‘hypertext’ preceded its incorporation into the World Wide Web by thirty years, but remains a deeper and simpler vision of a future for information and documents that enables “side by side comparison, unrestricted re-use of content, and profuse overlapping links – made compatible with copyright by micro-payment of royalties”. His sharp criticisms of the form taken by the current cyberworld include the view that the World Wide Web consists essentially of “shop-windows and ever-popping bubbles”. He argues that new digital media are too closely anchored in old media analogies like paper and the book.

Ted Nelson’s 1974 book, ‘Computer Lib‘, which had a flip side entitled ‘Dream Machines’, inspired many of the pioneers who created today’s personal computer systems. His broad humanist perspective on the technology’s liberating social and personal potential has led him to be described as the ‘Thomas Paine of the computer revolution’. An international reputation based on his ability to move outside the technological boxes of his contemporaries has been recognised in his receipt of many awards and honours around the world, including being knighted in France 2001 as Officier des Arts et Lettres.

The initiative for the link with Wadham College came from a Foundation Fellow of the College, Kenneth Woods. Jeffrey Hackney, the Acting Warden of Wadham, said that his colleagues “look forward to Dr Nelson’s arrival and this new relationship with the OII, which is bound to seed further forms of collaboration in teaching and research”.

The Director of the OII, William Dutton, sees the type of support that the Wadham Fellowship will provide as an important example of the innovative ways in which “Oxford Colleges foster the multidisciplinary ethos on which the OII is built – it is truly a win-win situation for the College and the Institute, the University and, we hope, the wider academic community.”

Ted Nelson’s 1981 book ‘Literary Machines‘, which described the work of his group on Project Xanadu, contains many passages which seem exactly to predict the World Wide Web. Therefore, many have believed that the World Wide Web fulfils his Xanadu vision. But it actually went much further than the Web in working towards a more flexible world of two-way links and unlimited quotability. He describes the latest Web hypertext technology – the Extensible Markup Language XML – as ‘neo-medieval’.

Before he encountered computers in 1960, Ted Nelson called himself a ‘philosopher and film-maker’. His media background began with his parents’ work in stage and screen – his mother an actress, his father a director. Sitting behind his father in early TV control rooms, he saw what it was like for a new medium to be born, leading him to imagine that there might be media beyond television. At Swarthmore College, a small US university, he became a film-maker and, in 1957, wrote what was one of the world’s first rock musicals.

When he took a computer course at Harvard in the autumn of 1960, Ted Nelson instantly saw the potential of the computer screen: “I saw that this was where mankind would work forever”. However, his radical and visionary designs were rejected by the traditional technical community. “I am aghast now to recognize that their agenda was always to simulate hierarchy and simulate paper,” Nelson says. He sees computer media as close to movies: “The struggles for creative control are the same.”

The Oxford Internet Institute (OII) is one of the world’s first truly multidisciplinary Internet institutes based in a major university. Exclusively devoted to the study of the impact of the Internet on society, the OII aims to put Oxford, the UK and the rest of Europe at the centre of debates about how the Internet could and should develop. 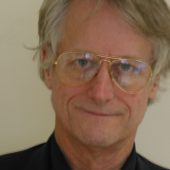 Ted Nelson occupies a unique place in the computer field, a 'systems humanist' designer whose vision of a Utopian world of intellect focused around the computer screen foresaw (from the 1960s) the kind of cyberworld that the Internet has opened.