Editor’s note: This event report is the final post in the ‘Being a student ethnographer‘ series. It documents a discussion – the third of the Oxford Digital Ethnography Group’s (OxDEG) events this term – dedicated to ‘technology and fieldwork’. Open to the entire university, OxDEG draws students and faculty from a wide variety of departments but is led by students from the Oxford Internet Institute and the School of Anthropology and Museum Ethnography. In this seminar, participants discussed what technologies are useful for ethnographers studying social activity in digital environments and recognized common concerns.

Technology and Fieldwork, Fieldwork and Technology: this was a massive subject and we had only 90 minutes to discuss. Throw into the mix a broad range of disciplines (computing studies, ethnomusicology, anthropology), season with some striking subject matter (Wikipedia, ethnomusicology of the chip music scene, Uranium extraction in Tanzania) and what do you get?  A frank and wide-ranging debate on ethnography, in fact. The main “take away” message was, you are not alone. It was heartening to reach across the disciplinary boundaries and see that those in other departments are struggling with very similar theoretical and methodological problems.

Top on the list was the specialist language of computing – with its parsing, programming and algorithms – acting sometimes as a barrier to ethnographers engaging in innovative research methods. How to get over this hump? One suggestion was for a tweaking of anthropological methods training course. If you’re going to study Turkish village practices, you learn Turkish. Balinese Cockfights? Some sort of Indonesian might come in handy. Why, then, do we rarely hear departments exhorting potential digital ethnographers to go take a course in Python or some other programming language?

Those present agreed that a straightforward and pragmatic step forward would be for programming to be classified by departments (our department, at least – maybe yours already does this) as another language that, in certain research projects, you will need to understand. Doing so makes the digital ethnographer feel less like a methodological leper to other anthropological colleagues and also helps flag up at an early enough stage for the researcher that, if they’re serious about a particular course of action, they need to generate the time and devotion to cultivate the skill (Mandarin in a month? You’ll be so lucky…)

Another important theme that emerged was an interest in speaking to the proliferation of programmes and elements of the digital world that draw on  “big data” and “algorithms”.  What are the epistemological difficulties in trying to research processes whereby certain decisions undertaken by humans have now been delegated to machines? There’s no sure-fire answer, but the arrival of apps where you can make a music video out of your Facebook photos show that “computer-generated” data will be around for a while yet. Is a bot also an editor? Where is the boundary between human and computer?

Ultimately, we kept returning to the point that the basic motivations of humans haven’t suddenly changed with the dawning of the internet age. We still have to eat; we still enjoy laughing; we still want various levels of social interaction with other humans.

Of course we may satisfy them differently in our internet age, but if so, perhaps we shouldn’t argue too strongly for exceptionalism. A lot of very smart people have pondered many aspects of social and cultural behaviour. Can Victor Turner’s notion of “betwixt and between” be helpful for conceptualising how people are often both online and off, in multiple worlds conceptually or mentally (if not physically?)? How about psychological studies of copresence and its effect on cognition? The debate over whether we should try to complicate the online/offline that many participants use themselves – is this not the emic/etic argument of anthropology rehashed?

These important suggestions served as reminders that we should perhaps not to throw the baby out with the bathwater when it comes to assessing methodologies and approaches to the study of the online. 90 minutes. Not really long enough to put the world to rights. Although we were left with a few more pointers than when we started…

Center on Migration, Policy and Society (Compas), University of Oxford 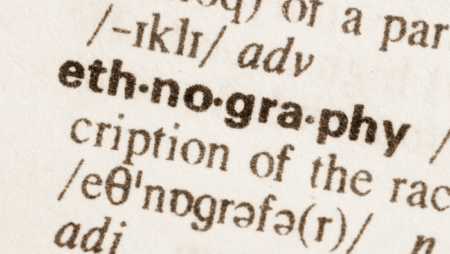