Skip down to main content
Published on
21 Jul 2011
Professor Manuel Castells has been awarded an OII Lifetime Achievement Award in recognition of his seminal contribution to sociology and communication research. 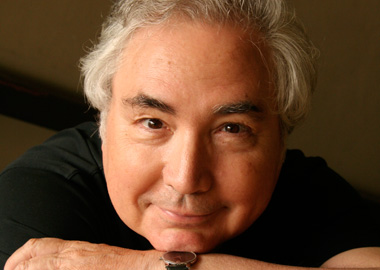 Professor Manuel Castells, the Wallis Annenberg Chair of Communication Technology and Society at the University of Southern California, Los Angeles, and Director of the Internet Interdisciplinary Institute at the Open University of Catalonia (UOC), has been awarded an OII Lifetime Achievement Award in recognition of his seminal contribution to sociology and communication research.

Manuel Castells said: “I feel deeply honored, and humbled by this distinction from one of the leading academic research institutions in the world specializing in the study of the Internet, the fabric of our lives in this digital age. The esteem of colleagues as distinguished as the faculty of the Oxford Internet Institute is for me the most precious reward for a life dedicated to research and teaching in the interest of science and society.”

Author of twenty-five books, and one of the most frequently cited social science researchers, Professor Castells was first renowned for his early work in urban sociology and social movements in the 1970s and 1980s. However, this award is given in particular recognition of his foresight in envisaging the Internet’s fundamental societal changes and his analysis of this in the trilogy “The Information Age” (Blackwell, 1996-2000) which sets out a comprehensive intellectual framework for conceiving of the evolving relationships between technology, culture, economy and individual, in the Internet era. He later focused his research on the social effects of the Internet in “The Internet Galaxy” (Oxford, 2001), and on the socio-political transformations derived from digital communication in his latest book “Communication Power” (Oxford, 2009).

OII Director, Professor William Dutton, said: “The Lifetime awards are intended to honour individuals who have played a uniquely significant and long-lasting role in shaping the Internet. As the most influential theorist of society and the Internet to date, Manuel Castells is an obvious candidate for such an award. We particularly commend him for his seminal contribution to our understanding of the network society.”

Professor Castells holds several academic appointments. In 2003 he joined the University of Southern California (USC) Annenberg School for Communication, as the Wallis Annenberg Chair of Communication and Technology. He is also Professor and Director of the Internet Interdisciplinary Institute of the Open University of Catalonia in Barcelona. He is Professor Emeritus of Sociology, and of City and Regional Planning at the University of California, Berkeley, where he taught for 24 years. He has been a Distinguished Visiting Professor at the University of Oxford and other top universities. He is a Harold Lasswell Fellow of the American Academy of Political and Social Science, as well as a Fellow of the Academia Europea, of the Spanish Royal Academy of Economics, of the Mexican Academy of Sciences, and a Corresponding Fellow of the British Academy. He has received eighteen honorary doctorates. 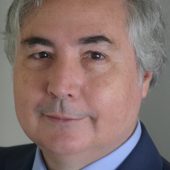