Skip down to main content
Published on
14 Oct 2016
English Wikipedia continues to be shaped by things that matter to Westerners, with little reference to the rest of the world outside of North America and Europe.

Researchers have analysed data that reveals which plane crashes the public is interested in and why. They counted the number of page views and edits of Wikipedia articles about 1,500 plane crashes around the world to discover that a death toll of around 50 is the minimum threshold for predicting significant levels of public interest. The research team also shows that the amount of interest in the relevant articles accelerates in line with the numbers who died. When a plane crash left fewer than 50 dead, researchers say it was very difficult to predict interest. The amount of media coverage afforded immediately after the event and the location of the operating airline were other factors driving up the number of page views and edits, says the study.

The Wikipedia articles included in the study were about aircraft incidents and accidents dating from 1897 to 2016. The paper, published in the Royal Society Open Science, finds that the location of an airline company’s headquarters trumps interest in death tolls if they are North American airlines in the English edition of Wikipedia or Latin American airlines in the Spanish edition of Wikipedia.

The researchers from the Oxford Internet Institute (OII) at the University of Oxford say a North American event triggers about 50 times more attention among English Wikipedia readers compared with an African event. In Spanish Wikipedia, a Latin American event triggers about 50 times more attention than an African and five times more than a North American event, regardless of the death toll. Crashes involving airlines based in other regions of the world needed to result in death tolls at least three times and five times larger than those connected with North America and Latin America to command similar levels of attention on English and Spanish editions of Wikipedia respectively, says the paper.

Even in cases of large death tolls, the research suggests the public’s interest is generally fleeting. In nearly three-quarters of the articles studied, numbers of page views dipped sharply within just a week of the page being created. (Only pages created up to three days after the event were included in the study.)

Another important factor influencing numbers of views and edits of articles was the amount of media coverage given immediately after the crash. Links to previous media coverage are provided on many Wikipedia pages, so Wikipedia pages amplified decisions taken by Western media on which crashes merited the public’s attention, says the paper.

OII researcher Dr Taha Yasseri said: ‘We see that English Wikipedia continues to be shaped by things that matter to Westerners, with little reference to the rest of the world outside of North America and Europe. It shows even open systems such as Wikipedia are subject to bias. One should be very careful using and relying on the information from the “sum of human knowledge” as it’s claimed to be.

‘While it could be argued that English Wikipedia is mostly edited and used by North American readers, previous research has shown that only about half of the editorial activity on English Wikipedia originates from North America, and English can be considered the lingua franca of Wikipedia. We would expect similar biases in different language editions of Wikipedia, but numbers of events covered in other languages are not large enough to give us statistically solid results.’

With all the factors combined, an analysis of both English Wikipedia and Spanish Wikipedia shows the Malaysia Airlines Flight 17’s crash in Ukraine two years ago, which caused 298 deaths, was the most read article. Also in the top three most read articles on both language versions were the articles about the disappearance of Malaysian Airlines Flight 370, which had 239 people on board, and Air France Flight 447, which crashed while enroute from Rio de Janeiro to Paris, causing 228 deaths. 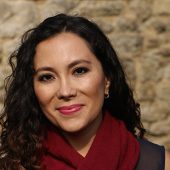 Ruth García Gavilanes is a Postdoctoral researcher and data scientist at the OII. 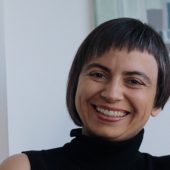