Skip down to main content
Published on
12 Jul 2021
Written by
Nayana Prakash
WhatsApp has emphasised its commitment to privacy since its purchase by Facebook. But, DPhil student Nayana Prakash argues, apps should be about more than just user privacy.

If you’re one of WhatsApp’s two billion users, chances are you may have had a vague notion in the last few months that you need to think about your digital privacy in response to the company’s updated privacy policy. Earlier this year, users were concerned that their messages would be shared with Facebook, WhatsApp’s parent company. While this specific concern may not be a current reality – WhatsApp messages are end-to-end encrypted – there’s certainly room for other misgivings around the relationship between WhatsApp and Facebook. Although WhatsApp messages are still private, the company openly shares metadata (data about data) with Facebook. This isn’t new information.

WhatsApp has recently made a concerted effort to tout its own privacy settings in the face of a significant exodus from the platform earlier this year. Following the announcement of a new privacy policy, many WhatsApp users migrated to Signal and Telegram after fears that the app’s data would be shared with Facebook. WhatsApp issued a clarification that the new privacy policy would only affect the way people interact with businesses, not friends, and that there would be no new data collection.

On the face of it, then, there’s no reason why you should feel unsafe on WhatsApp. But the furore around the privacy policy reminded people of an uncomfortable truth: WhatsApp does belong to Facebook, and the platforms will continue to integrate. There’s little difference now between being a Facebook user and a WhatsApp user. Yet those of us who use other encrypted messaging platforms, such as Signal, are only too aware that a network is only really convenient and effective if it’s used by the masses. For this reason, it’s almost impossible to completely abandon WhatsApp, which is used around the world for business, socialising and political communications. From a purely privacy-focused perspective, it can be hard to convince people to jump ship from WhatsApp to a series of less popular alternatives, especially if they are Facebook users anyway.

But we can, and should, think about apps in terms of more than just message privacy. I use Signal at least partially because it is end-to-end encrypted, but also because it’s an independent non-profit, with development supported by grants and donations. There is no risk of my metadata on this platform being shared with a major tech company.  I can’t switch to it completely – it doesn’t yet have the critical mass needed for me to be able to do so – but it’s always good to have options. This is what the Facebook monopoly takes from us: the ability to be able to choose between apps and platforms, and to get rid of them if we want to. And as much as I want convenience, I also want interesting social media platforms, different user experiences, and innovative apps.

When I eventually quit Facebook, it will be at least partly because the platform itself has become dull and overcrowded, amalgamating different affordances of competitors which it has bought out rather than building anew. If we ever want to build a tech landscape that thinks about different communities and alternative user experiences, we need to stop letting major tech companies write the story of social media.

We may not all be ready to quit Facebook products for good, but it’s important that we attempt to explain to ourselves what kind of platforms – or indeed, protocols – we want to support. We can and should be able to ask more from platforms than just the assurance that they are upholding basic message privacy and convenience.

This article was first published in El Pais. 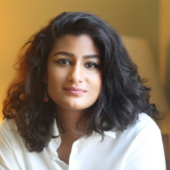 Nayana is a DPhil researcher at the Oxford Internet Institute. Her research focuses on purpose-built storytelling platforms in India and the changing nature of writing online. In her work, she blends ethnographic methodology with literary practice.