Skip down to main content
Published on
8 Nov 2018
Online labour platforms that connect freelance workers and clients around the world are emerging as an alternative to traditional offshoring, according to new Oxford Internet Institute research.

Online labour platforms that connect freelance workers and clients around the world are emerging as an alternative to traditional offshoring, according to new Oxford University research.

Workers from emerging economies in particular are benefiting from these networks according to the study conducted by researchers at the Oxford Internet Institute. The findings, published in the Journal of Management reveal that platforms such as Upwork, Freelancer and Fiverr offer companies in rich Western countries a simple and cheap mechanism to hire knowledge workers in lower income countries, without the burden of setting up offices abroad or contracting with an outsourcing company.

‘Many knowledge workers in emerging economies are benefiting from this arrangement,’ says Professor Vili Lehdonvirta, the lead author of the study. ‘Knowledge workers who previously worked at outsourcing companies in countries like the Philippines, for example, can now work directly for Western clients through these online platforms. Workers can earn more this way, and avoid gruelling commutes. However, their income and work hours can be less predictable.’

Online labour platforms use a variety of ways to provide clients information on worker skill set and productivity, such as skill tests and reviews from previous clients. ‘Workers benefit from having this information available to clients. We found that clients are highly influenced by information on worker performance when choosing whom to hire,’ says Dr Otto Kässi, co-author. ‘Moreover, our findings show that workers from low-income countries benefit much more than workers from high-income countries.’

One likely explanation for this finding is that Western clients tend to assume that workers from low-income countries are less skilled or less productive, unless they have explicit information to the contrary. One knowledge worker who participated in the study said, ‘Once […] you do get those first few projects and you get good feedback, then it doesn’t really matter anymore that you’re from the Philippines.’ Workers in emerging economies can find their hourly rate shoot up 5% with just one additional project’s worth of work history, while a Western worker will only see an average of 0.1% wage increase for each additional project.

However, platforms alone are unlikely to eradicate global wage gaps. The study found that a graphic designer in the Philippines earned an average of $8.47 per hour, while a graphic designer from the United States earned an average of $19.53 per hour. ‘Our findings imply that a worker from the lowest-income country would need to have around a thousand projects’ worth of work history on the platform to obtain the same hourly rates as a worker from the highest-income country,’ says Lehdonvirta.

Another finding that warrants further research is how the online platforms themselves are benefiting from the differences in client perception between workers in low- and high-income countries. ‘The experience and project history that low-income workers build up on a specific platform is so valuable to their ability to secure future work,’ explains Kässi. ‘This creates very high switching costs for workers to move between platforms. We should be looking at the implications on things such as dependence, value capture, and working conditions, in the same way that we would scrutinise the effects of multinational enterprises and traditional outsourcing.’

Watch the short video abstract of the research. 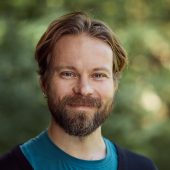 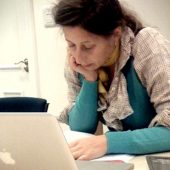