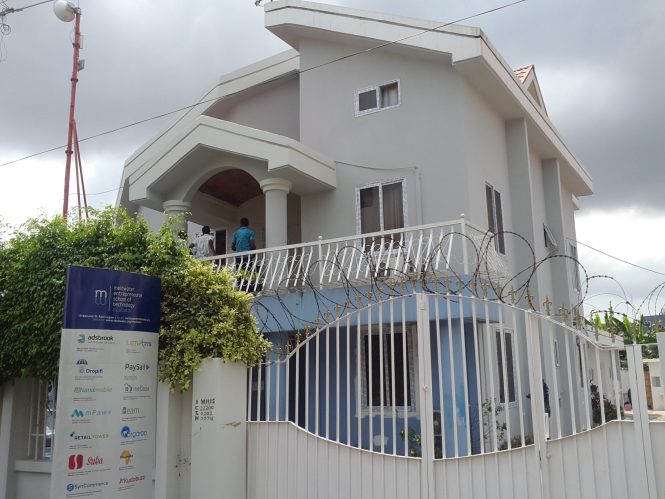 Use of the term “hub” has certainly been inflationary in discussions about innovation and entrepreneurship support. I believe that innovation hubs are a genuinely new (and exciting!) organizational form, but at the same time, “hub” has become a misnomer for many organizations where the label doesn’t quite fit, especially across Africa. This wouldn’t be such a problem if it didn’t have serious implications for the decision making of stakeholders from entrepreneurs through universities to development organizations. Several grant makers, researchers, and media outlets are exploring the impacts of hubs, but they are still unclear what to expect from them, and whether old funding and evaluation models (that is, from incubators or things like business plan competitions) apply.

This post digs deeper into the question what hubs do and what they don’t do. In earlier posts, colleagues and I derived some general features of hubs, but this post will use specific examples of organizations in Accra. The city’s East Legon neighborhood is home to a super star in African entrepreneurship support, the Meltwater School of Technology (MEST). The Osu neighborhood hosts Hub Accra and iSpace as organizations that follow a different path.[1] I’ll show that, even though the terms are often lumped together, hubs and incubators actually work according to very different principles.[2]

MEST describes itself, quite accurately, as “school and incubator.” The two facets are integrated in that a two-year program for entrepreneurs in training (EITs) prepares teams of candidates to receive an equity investment from the Meltwater Foundation and enter into an incubation program, which is commonly referred to as “MINC” (the Meltwater/MEST Incubator). I’ll focus on MINC here, and summarize the essence of the model with three themes: selectivity, structured processes and standardization, and startup focus. 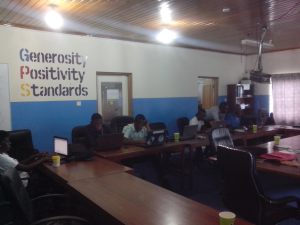 EITs are trained in a school-like setup

MEST takes pride in accepting only top graduates into its training program. All participants that I interviewed confirmed that the program is highly selective and extensively assesses the applicants’ talent and potential. Graduates from Presbyterian Boys’ High School were particularly well represented among MEST students. Selectivity continues at the transition from school to MINC: EITs form teams, select the most suitable startup idea from among multiple previous capstone projects, and only then they apply to MINC. The application consists of a pitch to the MEST leadership, who then decide about acceptance and specific terms of the equity agreement. The application is only open to graduate EITs, although a few exceptions have been made for MEST fellows (i.e., teachers, trainers, and coaches that MEST employs). It is fair to say that this selectivity is an extreme form of, but largely consonant with, standard best practices for business incubators.

Every startup is different, and so there is an obvious need for support customization once a company enters the MINC program. MINC attempts this mainly by brokering connections between startups and whichever partners the startup needs. Yet, by and large, the rigorous selection process goes hand in hand with a stringent support process. Specifically, MINC puts a handful of incubator fellows at the startups’ disposal. Typically, the fellows focus on core business functions, such as marketing or finance, and participants reported to me that fellows tended to free founders from labor-intensive tasks and chores. The startups’ engagements with the MEST leadership (representing the Meltwater Foundation as the startup investor on the boards of startups) are more varied, but here as well, at least the intensity of support is standardized: board meetings happen for all companies at the same time and in regular quarterly intervals.

MEST’s focus on (globally oriented) Internet startups implies that that’s also its strength with regard to its networks in Silicon Valley and the technical expertise of fellows and the MEST leadership. Also the fact that MINC only accepts EITs into the program implies a large degree of standardization as to what support MINC clients have received and are in need of. I found this structured program comparable to an injection of resources (mainly labor), coupled with fairly intensive advice and control mechanisms geared towards a specific type of digital startup, typical for “strong intervention” business support approaches in incubators. 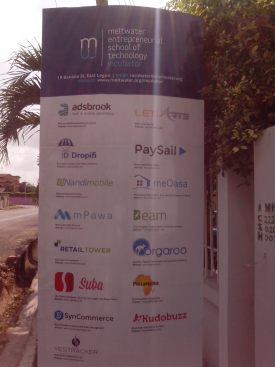 MINC is defined by its incubatee startups

Third, MINC focuses directly on the individual startups that have entered the program. This is different from an approach that would aim to improve conditions for entrepreneurs and startup communities in Accra or Ghana at large—what is often referred to as “ecosystem building.” Any benefits for a wider group of entrepreneurs are assumed to come later and indirectly through MEST startups’ role model function, but only incubatees are the direct focus of support. Of course, MINC still engages with many external actors, but it would usually do this with the specific goal to help its tenant companies. This is akin to what others have called the networked incubator: interactions and partnerships with external entities are frequent and essential, but the basic incubator model focused on tenant startups is maintained.

Hub Accra and iSpace as Different Flavors of the Hub Archetype

The approach that MEST/MINC has adopted is very different from what two other entrepreneurship support organizations in Accra, iSpace and Hub Accra, have done. These two players have different histories and different emphases, but they can both be described accurately as “hubs.” Their hub model can be characterized through three themes that are largely antithetical to the incubator model described above: breadth and openness, community and networking, and fluidity. 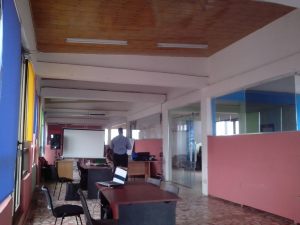 Like in other hubs, iSpace members work in an open co-working space

First of all, iSpace and Hub Accra have much broader missions and less prescriptive approaches, instead leaving some of the shaping and governance of the organization to its members. For instance, Hub Accra describes itself as a “collection of changemakers.” Hub Accra also follows an entirely open participation model, where everyone that is willing to pay a small membership fee is welcome to occupy and work from the space. iSpace instead adopted a tiered membership model, while the selection process is lightweight and mainly serves to focus membership somewhat more around technology. They are more akin to “ecosystem builders” than MEST. For instance, Hub Accra says on its website that its “mission is to accelerate the African Startup Ecosystem by engineering an environment for innovation.” Hub Accra also pursues a multi-stakeholder, multi-sectoral approach, evidenced by its very long list of partners. 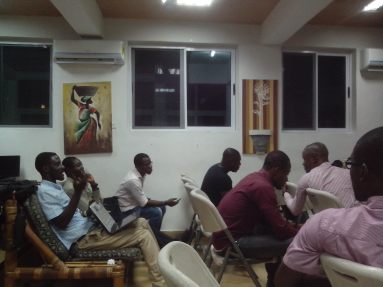 Another core feature of hubs, community orientation, was also prevalent in both iSpace and Hub Accra. For instance, one entrepreneur described iSpace to me as “all about community and networks.” Similarly, one of iSpace’s co-founders said in an interview that iSpace’s goal was “to nurture a local network of like-minded and focused tech entrepreneurs, providing a place where they can work, meet, collaborate, network, learn and have fun.” To reinforce its community, iSpace in its early days would ask more seasoned entrepreneurs to trade in their time against their right to use the hub’s work space. Both Hub Accra and iSpace would also focus a lot on networking, motivational, and advocacy events. For example, Hub Accra recently reported to have hosted the biggest hackathon yet on the African continent.

Community and openness tie in with a third organizational feature of iSpace and Hub Accra as hubs: they are “fluid” organizations. The notion of organizational fluidity encapsulates the idea that, in ever more complex and fast-changing environments, a degree of organizational stability is still needed but organizations also have to constantly reconfigure and adapt their boundaries and organizational structures. Hubs are a prime example: as they attempt to respond to changes in “the ecosystem” (read: complex networks of entrepreneurs that interdepend with many other stakeholder groups), they need to adapt to the system while they try to influence it. This was true for Hub Accra and iSpace: both emerged out of ongoing debates of community leaders, and both redefined their models substantially over just the first year or two of implementation, following learnings about the popularity (and sometimes failures of) different service offerings.

My hope is that a better understanding of fundamental variations in organizational features between contemporary versions of incubators and new forms like hubs will allow us to identify systematic differences in the opportunities and challenges that they are associated with. Amidst the hub craze, I feel that it is often forgotten that it’s unrealistic to set up a hub and expect it to do what a fully-fledged, rigorous incubator like MEST does (startup creation/development).

That doesn’t mean that hubs aren’t valuable, but it means that hubs can only be valuable in fundamentally different ways. In my work and in African tech media, I’ve seen a lot of cases where hubs’ are judged based on things like “number of startups created” or the success of these startups, or they are criticized for “lacking process,” when I would say that (direct) startup creation and development is mostly beside the point of the “pure” hub model. Hubs are based on a different belief about what is needed and who has a stake in ecosystem building. Hubs aim to affect cultures and conditions for startup creation and success systemically and in the long-run—they don’t “create startups.”

Moreover, I think that deep dives into organizational characteristics like this one can also inform economic development, cluster, and ecosystem theories, sensitizing us towards the relative importance of networks, resources, (absorptive) capacity, knowledge spillovers, agglomeration, etc. I will make a start in identifying the implications of hub and incubator characteristics, including how they tie in with innovation (eco)systems, in the next post.

[1] I’ll skip some descriptives and background information on MEST, iSpace, and Hub Accra, as this has been covered in other reports and blog posts.

[2] I also covered many similar points under the “startup accelerator” vs. “ecosystem builder” dichotomy in the discussion section of an earlier infoDev report.

My research is funded by the Clarendon Fund and the Skoll Centre for Social Entrepreneurship at the University of Oxford.

This post also appeared on the site of the Connectivity, Inclusion, and Inequality group, at http://cii.oii.ox.ac.uk