“Stand back and stand by”, said President Donald Trump, as his opponent, Joe Biden asked him to distance himself from far-right extremists during the first 2020 presidential debate on September 29th. The president’s call was addressed to a far-right, neo-fascist, and male-only organisation; the so-called “Proud Boys”. Even though the Proud Boys movement has meanwhile been banned from social media channels, such as Facebook and Twitter, activity under the hashtag #ProudBoys began to spark a few days after the presidential debate. However, the hashtag, formerly conveying hate speech and misinformation, was now attached to messages, pictures, and videos transporting love and pride. An initiative had gone viral, supported by politicians, TV stars, and the Canadian armed forces, portraying gay couples “proudly” declaring their love to each other and flooding Twitter with thousands of positive postings. The fate of #ProudBoys is a typical (and positive) example of what political communication calls “hashjacking” (hijack a hashtag), the use of someone else’s hashtag in order to promote one’s own social media agenda.

‘Hashjacking’ as a misinformation tool

Contrary to the example of #ProudBoys, hashjacking is often a practice of misinformation, frequently used by political extremists to strategically target opponent campaigns. In our 2019 paper, “’Hashjacking’ the Debate: Polarisation Strategies of Germany’s Political Far-Right on Twitter” we examined how partisans of the German far-right party AfD (Alternative für Deutschland) strategically captured other political party hashtags and polarised the debates around them.

However, political opponent’s hashtags are not the only target of far-right partisan hashjacking, as our most recent investigation reveals.  In our latest paper, “How the Far-Right Polarises Twitter: ‘Highjacking’ Hashtags in Times of COVID-19″ , we find that during the first month of the corona crisis in spring 2020, #AfD partisans had engaged in the Twitter debates on hashtags related to COVID-19, as illustrated below for the retweet network of #CoronaVirusDE.

Figure 1: A polarised network for Twitter accounts (nodes) retweeting each other (edges) while using the hashtag #CoronaVirusDE in May 2020. The counter-public cluster (orange) contains a large amount of far-right partisan accounts (red).

For several hashtags emerging in spring 2020, such as #FlattenTheCurve or #CoronaVirusDE, we constructed retweet networks in which accounts are connected by retweets. As shown in Figure 1, accounts are grouped in clusters due to different retweeting behaviour. Accounts in the top-right cluster (orange) share critical messages questioning the existence of COVID-19 or the necessity of measures taken against the virus. This cluster is strongly populated by far-right AfD partisans, coloured in red.

In fact, our analysis reveals that it is five times more likely for an account to show up in the counter-public cluster, if it belongs to the group of #AfD partisans than when selecting an account at random. We find that the activity of far-right partisans is largely driven by a few very active accounts, belonging to German far right partisans systematically hashjacking hashtags and tilting debates on COVID-19 and social distancing.

When we consume content or engage in debates on social media, we must carefully remember that the discussion could potentially be influenced by only a handful of very active users, using hashjacking to polarise the debate. With this insight in mind, platform owners have a responsibility to critically monitor a limited number of accounts when seeking to contain the spread of dis- and misinformation at large. 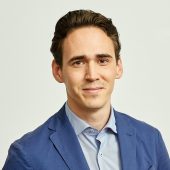