Skip down to main content
Published on
15 Sep 2015
Written by
Private: Ben Zevenbergen 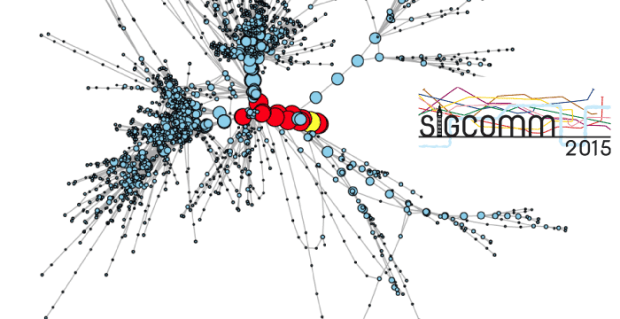 The image shows the paths taken through the Internet to reach a large number of DNS servers in China used in experiments on DNS censorship by Joss Wright and Ning Wang, where they queried blocked domain names across China to discover patterns in where the network filtered DNS requests, and how it responded.

To maintain an open and working Internet, we need to make sense of how the complex and decentralised technical system operates. Research groups, governments, and companies have dedicated teams working on highly technical research and experimentation to make sense of information flows and how these can be affected by new developments, be they intentional or due to unforeseen consequences of decisions made in another domain.

These teams, composed of network engineers and computer scientists, therefore analyse Internet data transfers, typically by collecting data from devices of large groups of individuals as well as organisations. The Internet, however, has become a complex and global socio-technical information system that mediates a significant amount of our social or professional activities, relationships, as well as mental processes. Experimentation and research on the Internet therefore require ethical scrutiny in order to give useful feedback to engineers and researchers about the social impact of their work.

The organising committee of the Association of Computing Machinery (ACM) SigComm (Signal Communications) conference has regularly encountered paper submissions that can be considered dubious from an ethical point of view. A strong debate on the research ethics of the ACM was sparked by the paper entitled “Encore: Lightweight Measurement of Web Censorship with Cross-Origin Requests,” among others submitted for the 2015 conference. In the study, researchers directed unsuspecting Internet users to test potential censorship systems in their country by directing their browser to specified URLs that could be blocked in their jurisdiction. Concerns were raised about whether this could be considered ‘human subject research’ and whether the unsuspecting users could be harmed as a result of this experiment. Consider, for example, a Chinese citizen continuously requesting the Falun Gong website from their Beijing-based laptop with no knowledge of this occurring whatsoever.

As a result of these discussions, the ACM realised that there was no formal procedure or methodology in place to make informed decisions about the ethical dimensions of such research. The conference therefore hosted a one-day workshop led by the OII’s Ethics in Networked Systems Research (ENSR) project. The day brought together 55 participants from different academic disciplines, ranging from computer science to philosophy, law, sociology, and social science. As part of a broader mission to establish ethical guidelines for Internet research, the aim of the workshop was to inform participants about the pressing ethical issues of the network measurement discipline, and to exchange ideas, reasoning, and proposed solutions.

The workshop began with two interactive sessions in which participants split into small, multidisciplinary groups to debate the submitted papers. Participants recorded their thoughts on key issues that emerged in the discussions. The remaining sessions of the day concentrated on the main themes surfacing from these notes as well as the active feedback of attendees. In this manner, participants from both sides of the debate — that is, the technical researchers and the non-technical researchers — were able to continually quiz each other about the strengths and weaknesses of their approach. The workshop’s emphasis on collaboration across academic disciplines, thereby creating an interdisciplinary community of researchers interested in Internet ethics, aimed to create a more solid foundation for building functional ethical standards in this area.

The interactive discussions yielded some particularly interesting recommendations regarding both the general ethical governance of computer science research as well as particular pressing issues. The main suggestion of the workshop was to create a procedure for an iterative approach to ethical review, whereby the relevant authority (e.g. conference programme committee, institutional ethics board, journal editor, funding agencies) and the researchers could engage in a dialogue about the impact of research, rather than have these restricted by a top-down, one-time decision of the authority.

This approach could be supported by the guidelines that the OII’s ENSR project is currently drafting. Further, participants explored to what extent computer ethics can be taught as part of every module of computer science degrees, rather than the current generic ethics courses generally taught to engineering students. This adjustment would thereby allow aspiring technical researchers to develop a hands-on sense of the social and ethical implications of new technologies and methodologies. Participants agreed that this idea would take an intensive department-wide effort, but would be very worthwhile in the end.

In more practical discussions, participants exchanged views on a wide range of potential solutions or approaches to ethical issues resulting from Internet research. For example, technical researchers struggling with obtaining  informed consent were advised to focus their efforts on user-risk mitigation (with many nuances that exceed this blog post). For those studying the Internet in foreign countries, participants recommended running a few probes with the proposed methodology. This exploratory study would then serve to underpin an informed discussion on the possible social implications of the project with organizations and researchers who are more knowledgeable of the local context (e.g. anthropologists, sociologists or NGOs, among others).

Other concrete measures proposed to improve academic research included: fictionalizing rejected case studies to help researchers understand reasons for rejection without creating a ‘hall of shame’; generating a list of basic ethical questions that all papers should answer in the proposal phase; and starting a dialogue with other research communities in analogous situations concerning ethics.

The workshop comprised some high-level discussions to get participants on the same page, and deep dives into specific topics to generate some concrete solutions. As participants wrote down their thoughts on post-it notes, the next steps will be to categorise these notes, develop initial draft guidelines, and discuss these with all participants on the dedicated mailing list.

If you would like to join this mailing list, please e-mail bendert.zevenbergen [at] oii.ox.ac.uk! More detailed write-ups of the workshop outcomes will be published in due course. 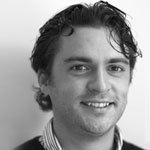 Ben Zevenbergen is a student at the Oxford Internet Institute pursuing a DPhil on the intersection of privacy law, technology, social science, and the Internet. He runs a side project that aims to establish ethics guidelines for Internet research, as well as working in multidisciplinary teams such as the EU funded Network of Excellence in Internet Science. He has worked on legal, political and policy aspects of the information society for several years. Most recently he was a policy advisor to an MEP in the European Parliament, working on Europe’s Digital Agenda. Previously Ben worked as an ICT/IP lawyer and policy consultant in the Netherlands. Ben holds a degree in law, specialising in Information Law.

Pamina Smith currently serves as an Assistant Editor at the Oxford Internet Institute and recently completed an MPhil in Comparative Social Policy at the University of Oxford. She previously worked as Assistant Policy Officer at the European Commission, handling broadband policy and telecommunications regulation, and has a degree in the History and Literature of Modern Europe from Harvard College. 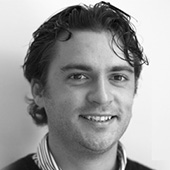 Ben is an OII DPhil student.