Skip down to main content
Published on
28 Oct 2002
The Oxford Internet Institute appoints Dr Stephen Coleman to the world's first professorship in e-democracy. The visiting professorship will be attached to Jesus College and is supported by Cisco Systems Ltd

The Oxford Internet Institute (OII) has appointed Dr Stephen Coleman to the world’s first professorship in e-democracy. The visiting professorship will be attached to Jesus College and is supported by Cisco Systems Ltd.

Stephen Coleman is Director of the e-Democracy programme at the Hansard Society for Parliamentary Government. In this capacity he has advised government and industry in the UK and throughout Europe on how to use the Internet and Web in ways that enable improved forms of political participation, such as by supporting better communication between and among citizens and parliamentarians on important policy issues.

The Director of the Oxford Internet Institute, Professor William Dutton, praised Dr Coleman as: “an exemplar for social scientists committed to employing research in ways that can shape policy and practice.”

The Visiting Chair in e-Democracy has been established in order to further independent, empirically-grounded research into the ways that information and communication technologies can encourage democratic practice and participation. Discussing the importance of his new position, Stephen Coleman said: “We need new models of public communication that can exploit the potential of the Internet and other new media and help to nurture new forms of democratic representation.”

Duncan Mitchell, VP and Managing Director, Cisco Systems, UK and Ireland, added: “We are delighted to support such an authoritative and objective study that will identify how information technology, in its widest context, can enhance and drive new processes for democratic communication and participation.”

The Chair of OII’s Advisory Board, Andrew Graham, Master of Balliol, welcomed Cisco’s involvement in this exciting new post and commented that: “The willingness of firms such as Cisco to support independent research at the OII is a very healthy sign. We welcome such links with commercial organisations (as well as with governments and representatives of civil society) as they can only make the work of the OII more knowledgeable and pertinent.”

Dr Coleman will continue his research in the UK and abroad, while completing his next book, with Jay G. Blumler, entitled: ‘A Civic Commons in Cyberspace: Realising the Democratic Potential of the Internet’, to be published by Cambridge University Press. He will take up his position at the OII on 28 October 2002.

The Oxford Internet Institute (OII) is one of the world’s first truly multidisciplinary Internet institutes based in a major university. Exclusively devoted to the study of the impact of the Internet on society, the OII aims to put Oxford, the UK and Europe at the centre of debates about how the Internet could and should develop. 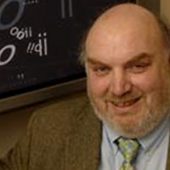