Skip down to main content
Published on
5 Oct 2018
Researchers from the Oxford Internet Institute, University of Oxford conclude only 1.2% of Twitter content connected to the elections is junk news

Researchers from the Oxford Internet Institute, University of Oxford conclude only 1.2% of Twitter content connected to the elections is junk news

Brazilians are considered some of the most enthusiastic users of social networks and messaging apps in the world; 66% of survey respondents in urban Brazil report using online platforms as the main source of news. As the next Brazilian general elections loom on 7 October 2018, 56% of voters in a recent poll have said that social media will influence their voting choices to some extent. This has prompted a rise in concerns over the spread of junk news on social media.

Researchers at the Oxford Internet Institute (OII), University of Oxford have discovered that, despite concerns, the elections in Brazil are not excessively at risk from influence by junk news shared on Twitter.

“Unlike in other countries in Europe or the USA, voters in Brazil have shared a very low level of content that is conspiratorial, misleading or false commentary masked as news in the run-up to the election,” says Lisa-Maria Neudert, co-author of the report and researcher at the OII’s Computational Propaganda project. “Rather, Twitter users in Brazil shared high levels of professional news.” Only 1.2% of content shared on Twitter about the elections was junk news.

Conversation on the elections has been dominated by discourse on politicians and parties rather than broad public issues. Far-right candidate Jair Bolsonaro has been the most popular topic of conversation, with the highest level of organic content that equalled over a third more of the daily content posted about rival candidates. While supporters of Bolsonaro shared the widest range of junk news sources, supporters of rival candidates from the Worker’s Party (Luiz Inácio Lula de Silva and Fernando Hadded) shared the highest volume of junk news overall.

Though junk news isn’t prevalent on Twitter, it doesn’t mean that Brazilian voters are not being exposed to it via other channels. “While our findings on the low level of junk news on Twitter are encouraging, we believe it only provides a partial picture of the extent of viral junk news on social media in Brazil, in what has been a bitterly partisan campaign,” says Nahema Marchal, co-author and Computational Propaganda researcher. “Only a small, politically savvy section of Brazil’s population uses Twitter, while private messaging platforms such as WhatsApp and Facebook Messenger are more popular in the general public, offering new avenues for the spread of disinformation.”

“Private group chats and one-to-one conversations online have emerged as a new breeding ground for the spread of viral junk news,” agrees Neudert. “Polarising political speech using ideologically extreme and populist rhetoric have become a recipe for success in elections across Europe, the US and Latin America. Brazilian voters are not immune to such threats.”

The research used data from over a million tweets from more than 200,000 unique Twitter users sent between 19 and 28 August 2018, and is documented in a new report, entitled ‘News and Political Information Consumption in Brazil: Mapping the 2018 Brazilian Presidential Election on Twitter’. 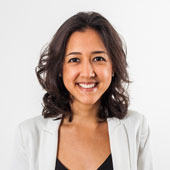 Beatriz is a MSc Student at the Oxford Internet Institute and a PhD Student at the University of São Paulo. She is interested in issues involving law and technology, especially internet policy and regulation. 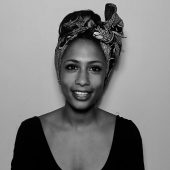