I am pleased to nominate adrienne maree brown (a.k.a. “amb”) as one of the Oxford Internet Institute’s Black Heroes of the Internet in recognition of amb’s contributions to afrofuturism and public understanding of complex systems. (Photo credit: Anjali Pinto)

adrienne maree brown (amb) is in her own words, “a facilitator, emergent strategist, doula, healer, auntie extraordinaire, and pleasure activist.” amb is also a forerunning afrofuturist, a science fiction author, and a noted Octavia Butler scholar. The OII’s Black Heroes of the Internet series aims “to recognize leaders in the development of internet or connected technologies.” amb’s contributions to contemporary social justice activism are extraordinary and far-reaching. For instance, amb is well-known for her book, Pleasure Activism: The Politics of Feeling Good, which has been impactful in giving social justice organizers new tools to deal with burnout and to conceptualize activism as a joyful practice. But it is amb’s 2017 book, Emergent Strategy: Shaping Change, Changing Worlds, and her 2015 co-edited volume of short stories, Octavia’s Brood: Science Fiction Stories from Social Justice Movements, that to me best exemplify amb’s contributions to imagining liberatory technological futures.

In Emergent Strategy, amb draws on metaphors that will be familiar to students of the area of mathematics known as complexity science in order to develop principles and practices of social justice organizing. The book, which first came to my attention from the artist collective Complex Movements while they were doing a residency at the Sante Fe Institute (SFI), is a practical primer and a motivational guide. Lucid explanations of concepts from complexity science are intermixed with inspiring personal lessons and extensive practical tips on working towards Black liberation.

amb answers “What is Emergent Strategy?” with a quote from Nick Obolensky: “Emergence is the way complex systems and patterns arise out of a multiplicity of relatively simple interaction.” Drawing on an example familiar to any collective behavior researcher, amb explains that “[Her] dream is a movement with such deep trust that we move as a murmuration, the way groups of starlings billow, dive, spin, dance collectively through the air—to avoid predators, and it also seems, to pass time in the most beautiful way possible.”

There are many examples in the book of how amb deploys concepts from complexity science in service of organizing work. For instance, teaching an important lesson with the concept of nonlinear dynamics, amb offers a comfort that:

“Transformation doesn’t happen in a linear way, at least not one we can always track. It happens in cycles, convergences, explosions. If we release the framework of failure, we can realize that we are in iterative cycles, and we can keep asking ourselves—how do I learn from this?”

She goes on to explain, “All that has come before is in the soil… In [this] paradigm there is no failure. Everything we attempt, everything we do, is either growing up as its roots go deeper, or it’s decomposing, leaving its lessons in the soil for the next attempt.”

As for practical tips, amb reminds us through Ruckus’s principles that “solidarity is a verb” and that supporting Black liberation requires frontline leadership, long haul relationships, visionary and confrontational action, tactical discipline, reflection, sustainable praxis, centering Blackness, staying human, and staying grounded. And to not let Whiteness get in the way.

amb emphasizes the importance of embedding these values in all aspects of strategy and life with the concept of the fractal. amb writes, “In the framework of emergence, the whole is a mirror of the parts.” amb encourages us to think about social change simultaneously at multiple levels: the personal, interpersonal, local, and societal relate to each other and must be addressed in concert. amb underlines this idea by refraining the charge of Grace Lee Boggs: “Transform yourself to transform the world.”

The Black Heroes of the Internet series aims to “recognize leaders in the development of internet or connected technologies.” amb’s transformative translational work demonstrates the deeper meaning and expansive possibilities of mathematical research on collective behavior. amb shows how concepts with mathematical roots can become powerful metaphors to inform organizing and activism. Simultaneously, though, reading amb’s practical tips reminds us that to pursue this orientation requires first becoming committed to the work of social justice activism itself. amb’s Emergent Strategy exemplifies what a liberated Social Data Science could look like.

Like Emergent Strategy, Octavia’s Brood is a book that I feel I have seen on nearly every social justice organizer’s bookshelf. This volume, co-edited with Walidah Imarisha, pays tribute to Octavia Butler, who was herself a Black feminist afrofuturist author whose work directly and uncannily connects with current day chaos and political structures. Octavia’s Brood introduced me to Butler’s powerful and prescient Parable series, and provides eye-opening glimpses into the creative minds of many other notable social justice organizers who wrote stories for the collection.

Octavia’s Brood is an attempt at using science fiction to explore the intersections of social justice, community, solidarity, revolution, the past, the present, and the future—with or without technology. As amb explains in the book’s final chapter, “Science fiction is the perfect ‘exploring ground,’ as it gives us the opportunity to play with different outcomes and strategies before we have to deal with the real-world costs.” amb writes, “We hold so many worlds inside us. So many futures. It is our radical responsibility to share these worlds, to plant them in the soil of our society as seeds for the type of justice we want and need.”

Methodologies such as design fiction, speculative design, and critical fabulation all have established places in the study of internet and connected technologies. Octavia’s Brood inspires me to think about: What would a social justice-oriented afrofuturist Social Data Science look like?

This post is a part of the Oxford Internet Institute’s Black Heroes of the Internet series. While I have taken this opportunity to write about my admiration for amb’s work, it is also important for me to note that the nature of amb’s work makes her an odd fit for the title of hero. amb in fact challenges us to move beyond relying on, and making, heroes.

When I think about what it means to be a “hero,” I think first about role models like my “childhood heroes,” and also our “heros in the NHS.” But heroism is also a complicated concept. Even the rhetoric of the “heroes of the NHS” has played a particular political role in the UK under its current conservative leadership, with the label of “hero” seeming to have replaced dignity and fair pay. And there are those who are deemed “war heroes” in the name of defending the world against great evil when just as often or more what they defend is a state’s imperialist or militaristic ideology. The narrative of heroism can’t be separated from heroic colonialist conquest or heroic tales of “great men.”

Furthermore, to only highlight a few individuals negates the importance of collective action and community building.

amb speaks to this point herself in Emergent Strategy:

“… rock star [organizers] get isolated, lose touch with our vulnerability, are expected to pull off superhero work, and generally burn out within a decade… The work of promoting and protecting one personality is as different from the work of organizing as holding one’s breath in is from an exhale… Lifting people up based on personality replicates the dynamics of power and hierarchy that movements claim to be dismantling… We work well when we have people we are accountable to, people with whom we can be in interdependent relationships. Otherwise we are monsters.”

“By framing individuals as heroes we defer responsibility from the collective to the individual and confer unrealistic levels of responsibility/burden to solve, in a noble and perfect way, systemic issues—in this case anti-blackness, or underrepresentation of Black internet figures. Of course they are heroes in terms of doing critical and irreplaceable work, but it is akin to the ‘strong black woman’ narrative which expects/forces crippling levels of resilience from Black women when it is for us as the collective to alleviate harmful burden by engaging in anti-misogynoir practices and restructuring/dismantling of social institutions.”

And as Sholei Croom, Movement for Anti-Oppressive Computing Practices activist and Johns Hopkins University researcher, puts it: “We don’t have to be heroes for our lives to matter.”

I may call amb a hero, but amb herself imagines what kind of leader could replace the heroic type, presenting a “new definition of a great leader—not just one who is inspirational in speech or grand actions, but one who is inspirational in collaborative action, accountability, and vulnerability.” amb’s work invites us all to collectively and imaginatively engage with social justice, whatever our internet-related work, so that we no longer need isolated heroes. To aim for distributed and proportional responsibility.

You can follow adrienne maree brown on Twitter at @adriennemaree, and you can discover more about amb’s work on her recently launched podcast with Toshi Reagon, Octavia’s Parables (Podcast) or in Prentis Hemphill’s interview with amb in Finding Our Way Episode 2: Visioning with Adrienne Maree Brown.

Major thanks to fellow amb fan and radical AI progenitor, Marie-Therese Png (@png_marie), for MT’s candid and insightful feedback on this piece, as well as pointers to amb’s recent work. Special thanks also for critical feedback and commentary from comrade and co-conspirator, Sholei Croom (@SholeiCroom). 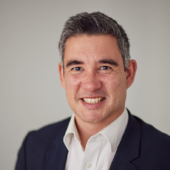 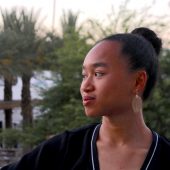 Marie-Therese Png is a doctoral student at OII and research intern at DeepMind Ethics and Society. Her research focuses are Globally Beneficial AI, Intercultural AI Ethics, and Global Justice.