Wikipedia and Internet Use 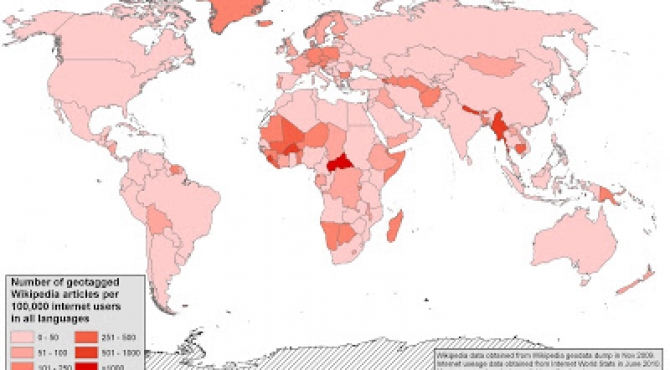 In contrast, countries with higher level of per-capita internet usage tend to have far lower rates of Wikipedia article per 100,000 internet users (e.g. the United Kingdom (70) and France (67)). While it is entirely possible that the high rates of articles per internet users in some countries is an indication of dedicated Wikipedia editors, it seems instead more likely that Myanmar, the Central African Republic and most other nations with low levels of internet penetration are being represented by editors from outside of their boundaries. 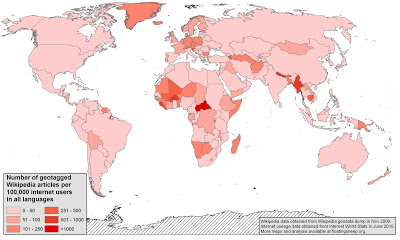