The state of gender inequality at work

5 things that must change for more gender parity in business

THE GIST: The state of gender parity in the modern workplace is alarming. Progress on some gender equality issues like discrimination and harassment is under way, but other areas like career development show little to no improvement. This article considers the evidence for gender inequality at work and suggests new approaches to effectively address these challenges. By actively promoting gender parity, facilitating flexible career growth and empowering more female leadership, management teams can foster a progressive company culture that is based on accountability and gender equality.

Human progress is a curious thing. It took less than 40 years to put a man on the moon, but it will take 170 years to put a woman in the board room in many places on our planet. According to the latest Global Gender Gap Report, this is the number of years before we close the global economic gender gap. Closing the global political gender gap is projected to take even longer.

There is no denying that the state of gender parity in the modern workplace is indeed alarming. Progress on some gender equality issues like discrimination and harassment is under way, but other areas like career development show little to no improvement. For example, only 3% of Fortune 500 companies have a female CEO. The share of women in FTSE 100 boards of directors remains stagnant at 12%. A quarter of all FTSE 100 boards are, in fact, still comprised of 100% men. No matter where you are, there are immense hurdles that women around the world have to face when it comes to career advancement.

Businesses remain stifled by entrenched leadership groups that claim these ostensible gender inequalities are related to issues of choice, not selection. According to them, the lack of female talent in management teams stems from the “different choices” that women tend to make throughout their careers. But is it really a matter of different ambitions and career choices? Or are we facing a much more systemic problem that permeates the whole of society?

A recent survey by the Harvard Business Review and Bain & Company finds overwhelming evidence for the shocking state of gender parity in today’s business world. A closer look at the data indicates that even though women are equally competent and equally suited for leadership positions, there are serious structural factors that hinder their advancement to the higher echelons of corporate hierarchies.

On the one hand, there are severe perception gaps that make the very discussion of gender parity in the workplace difficult. While over two-thirds of surveyed men indicated that, according to their opinion, women shared equal opportunities at their workplace, less than a third of surveyed women said they felt the same. Furthermore, 80% of women agreed that gender parity needs to become a strategic business imperative in their organisation. By contrast, only 48% of men agreed with that statement. This stark contrast is indicative of a concerning perception gap on the state of gender parity, permitting some men and women to live in their own factual universe. Given these different perceptions of the problem at hand, it is not surprising that mostly male-led companies have been slow to adapt to the new reality.

On the other hand, there are cultural factors that impede progress towards greater parity. In many societies, there are deep-rooted gender stereotypes about the role of women as “caregivers” and men as “breadwinners”. The abovementioned HBR survey finds that, for 80% of women, these stereotypes are no longer plausible. Instead, these women assert that both men and women are equally good caregivers at home. Along similar lines, 77% of men believed that their partner should be the one making the career sacrifice for the sake of their family. However, only 53% of men said they were ready to make their own compromises for the sake of the household. Subconscious biases like this persist and it is evident that gender roles should not be used as a pretext for curbing women’s career development.

Therefore, there seems to be no compelling reason to argue that gender parity is just a minor PR issue that does not require extensive managerial attention. On the contrary, in order to effectively address these challenges, management teams need to act decisively and consider implementing the following five steps towards greater gender parity at work:

1. Systematically gather data to establish common ground for a discussion of gender inequality in the workplace. Gender parity metrics can, in fact, contribute to more open dialogue and a conversation that is based on facts, rather than speculation.

3. Modify the performance review process to prevent structural disadvantages for people who seize work-life balance opportunities. At the same time, remind team leaders not to penalise employees for their needed level of additional flexibility.

4. Keep searching for potential recruits until gender balanced is reached. Instead of implementing rigid quotas, continue to look for great candidates until there are an equal number of male and female candidates in the talent pool.

5. Finally and most importantly, make gender parity a strategic objective for the organisation. The top-down commitment to addressing this issue is imperative, because it contributes to a progressive company culture that is based on accountability and equality.

170 years to close the economic gender gap is a timeframe we do not have to accept. We can do better than that. Martin Luther King Jr. once said that “human progress is neither automatic nor inevitable; it requires the tireless exertions and passionate concern of dedicated individuals”. This is why we should be optimistic. By actively promoting gender parity, facilitating flexible career growth and empowering more female leadership, we should be able to realistically accomplish this goal in our lifetimes.

About the author: Vyacheslav (@slavacm) is a doctoral candidate at the Oxford Internet Institute, researching complex social networks, digital identity and technology adoption. He has previously studied at Harvard University, Oxford University and the London School of Economics and Political Science. Vyacheslav is actively involved in the World Economic Forum and its Global Shapers community, where he is the Curator of the Oxford Hub. He writes about the intersection of sociology, network science and technology. 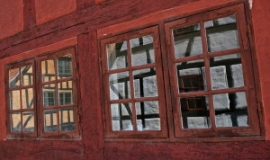 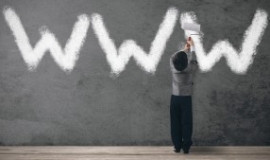 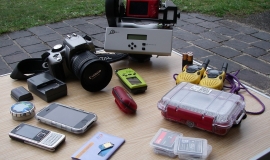 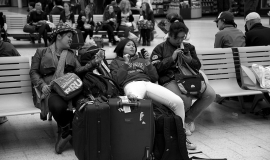 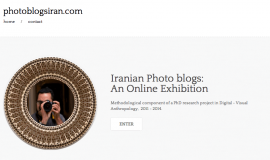 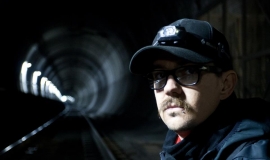