On Non-users and Ex-users of Internet 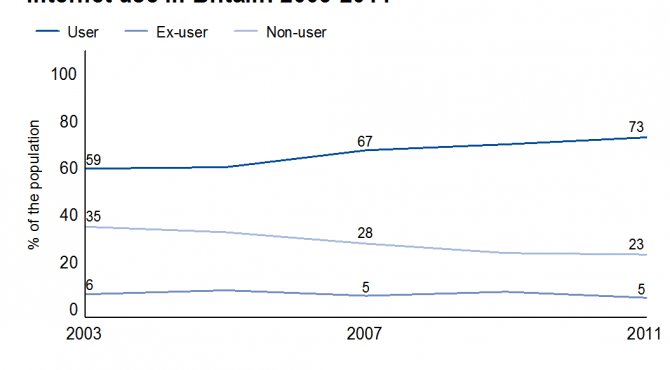 This blog post is the first of a series on people who have never used the Internet before (non-users) and people who have had used the Internet in the past but do not use it now (ex-users). As the Internet plays increasingly significant role in our everyday lives – with major parts of the society operating online – it is very important to understand the characteristics of the people excluded from the online worlds. Nowadays staying offline may have severe implications for an individual in terms of limiting access to services, information, debates and activities that may be more accessible online or are sometimes available only online. 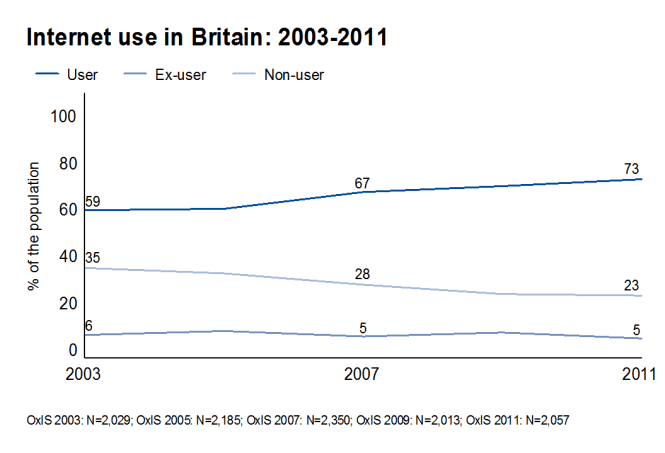 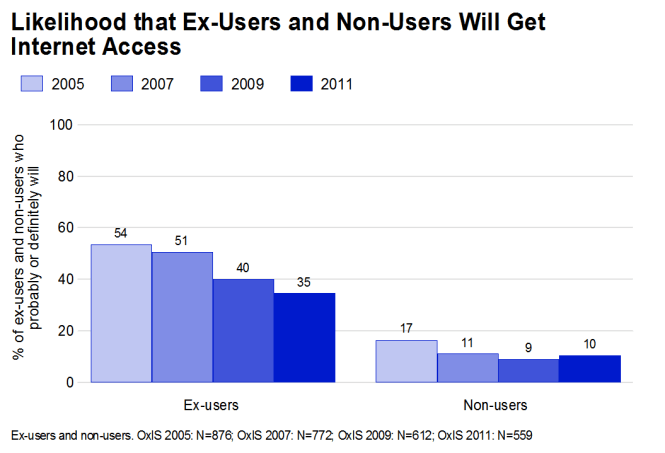 In his review of the literature on the digital divide van Dijk (2006) identifies five inequalities referred to by the digital divide: technological, immaterial, material, social and educational. People who stay offline do not have access to the same technological opportunities; life chances and freedom; economic, social and cultural capital and resources; positions, power and participation opportunities; and development of skills and capabilities. The scope of these issues underlines the importance of the Internet. In order to invest in the right resources and encourage people to join the Internet, one has to understand the characteristics of non- and ex-users and the reasons why they are not or have stopped using it. Our goal is to shed light on these questions in this series of blog posts.