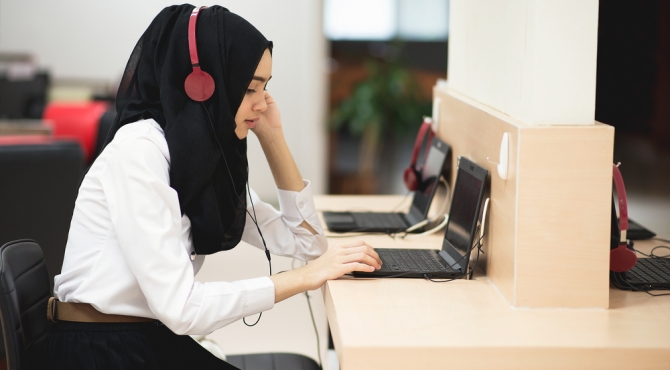 The challenge for policymakers is to manage these transformations in ways that maximize prosperity and employment without deepening inequalities and compromising our core European values. To provide new ideas for navigating this challenge, the European Commission last year convened an expert group on the impact of the digital transformation on EU labour markets. In this blog post, I will provide some context on the final report and highlight some of its ideas that are closest to my heart.

The European social model is characterized by decent working conditions, good social protection in case of illness or other changes in circumstance, and ensuring that economic success brings benefits to all. These are crucial for maintaining Europe’s social cohesion. Digitalisation and innovation provide new opportunities and efficiencies for the future, but they also present challenges for traditional policy tools.

The expert group consisted of ten academics and public and private sector experts chosen via competitive selection. Our task was to come up with policy recommendations that draw on evidence but also boldly break new ground.

Social protection in case of unemployment, sickness, old age, becoming a parent, and other life circumstances is a fundamental part of the European social model. However, social protection schemes tend to assume that a person is either in standard employment or unemployed. As a result, people engaged in new and diverse forms of employment often fall between the cracks, particularly women and minorities. It can even incentivize firms to hire independent contractors over regular employees to avoid overhead costs.

To address this issue, we recommend that Europe move towards social protection that is neutral with regards to forms of employment and self-employment. This could involve portable benefits attached to the worker rather than to the job, ‘underemployment insurance’ or social insurance that addresses fluctuating and episodic income. This is a major policy undertaking that should be coordinated at an EU level.

This proposal may be controversial. An alternative would be to resist the rise of non-standard work, but this entails denying proper benefits to workers who are usually already marginalised. Instead, we recommend bringing in gig work and other non-standard work and self-employment fully within the scope of social protection systems. This would also equalise the cost of employment across different types of work.

Data flows from platforms to government

We also recommended creatuing a Digital Single Window for employment contributions and taxes. The aim is to get gig platforms and other labour market intermediaries to report data directly to authorities, instead of expecting each individual worker to do so. This would reduce workers’ paperwork and even increase tax and contribution coverage, potentially even beyond pre-digital levels.

Crucially, platforms should be able submit their data via a single European-wide facility, instead of having to report separately to member states. This is important, because such complexity is a growth barrier for small European startups. The EU already supports a Digital Single Market where e-commerce startups only need to report VAT to one place, regardless of where their customers are located – now we need a single market for digital labour.

Trending up with social “digilogue”

Finally, I would like to highlight one recommendation that’s very closely related to the research I’ve been doing in recent years with Dr Alex Wood in the iLabour project, on how workers express collective voice in this new world of work.

Social dialogue is European policy jargon for labour unions and employer associations which negotiate to shape and influence work-related issues. Historically it has had a great equalizing effect on incomes, as unions have bargained for better pay especially for less-skilled workers. But social dialogue not just a tug-of-war between competing interests. It’s also an exercise in co-creation, sometimes resulting in new win-win solutions in areas like gender gaps, workplace safety, and training.

The gig economy, among many others, has emerged as a mostly non-unionized sector, despite significant efforts and some successes by unions to organize gig economy workers. The future of social dialogue is therefore in some doubt, just as dialogue would be needed to combat new sources of inequality and co-create innovative solutions to emerging workplace issues like how workers’ personal data should be treated.

The digital transformation is also providing new opportunities for “social digilogue”, where workers self-organize into informal social media groups. In these groups, even non-unionized short-term gig workers’ voices are expressed, and such groups have already had demonstrable impacts in some gig economy disputes in European cities. We recommend that unions, employers, and policy makers engage with it, support it, and learn from it.

A new leaf is turning in European politics: the parliamentary elections are held in May and a new European Commission starts soon after. Whoever the new MEPs and commissioners will be, they will have to do something about the impacts of digitalization on labour markets. European prosperity and social cohesion both demand it. Our report provides a palette of policy ideas for the policy makers to draw on.