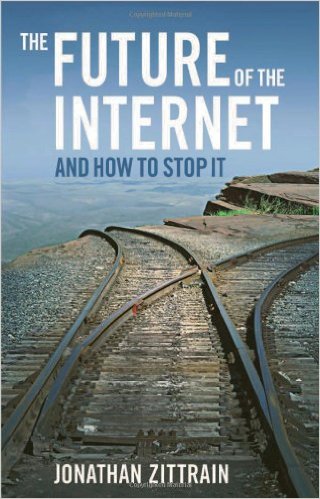 This extraordinary book from Oxford Professor Jonathan Zittrain explains the engine that has catapulted the Internet from backwater to ubiquity – and reveals that it is sputtering precisely because of its runaway success. With the unwitting help of its users, the ‘generative Internet’ is on a path to a lockdown, ending its cycle of innovation – and facilitating unsettling new kinds of control.

IPods, iPhones, Xboxes, and TiVos represent the first wave of Internet-centered products that can’t be easily modified by anyone except their vendors or selected partners. These ‘tethered appliances’ have already been used in remarkable but little-known ways: car GPS systems have been reconfigured at the demand of law enforcement to eavesdrop on the occupants at all times, and digital video recorders have been ordered to self-destruct thanks to a lawsuit against the manufacturer thousands of miles away. New Web 2.0 platforms like Google mash-ups and Facebook are rightly touted—but their applications can be similarly monitored and eliminated from a central source. As tethered appliances and applications eclipse the PC, the very nature of the Internet – its ‘generativity,’ or innovative character – is at risk.

The Internet’s current trajectory is one of lost opportunity. Its salvation, Zittrain argues, lies in the hands of its millions of users. Drawing on generative technologies like Wikipedia that have so far survived their own successes, this book shows how to develop new technologies and social structures that allow users to work creatively and collaboratively, participate in solutions, and become true ‘netizens.’

Jonathan Zittrain is the Professor of Internet Governance and Regulation at the Oxford Internet Institute, and Professorial Fellow of Keble College, University of Oxford; and co-founder of Harvard Law School’s Berkman Center for Internet & Society.

His recent research includes the study of Internet filtering by national governments, the role of intermediaries as points of control in Internet architecture, and the taxation of Internet commerce. He is the founder of the H2O Project, which produces simple, unobtrusive but novel tools for use in classrooms, and is co-founder of the Chilling Effects website, where Google and others report requests that information be censored.

Praise for the Book

“This book is fundamental. It will define the debate about the future of the Internet, long after we haven’t stopped it. Absolutely required reading.” – Lawrence Lessig, Professor, Stanford Law School, and author of Free Culture and The Future of Ideas

“This remarkably researched and highly entertaining book is a must-read … Zittrain’s analysis is first-class and should be widely heeded by leaders from all sectors of society.” – Dr Klaus Schwab, Executive Chairman and Founder of the World Economic Forum

“The most compelling book ever written on why a transformative technology’s trajectory threatens to stifle that technology’s greatest promise for society. Zittrain offers convincing road maps for redeeming that promise.” – Laurence H. Tribe, Professor of Constitutional Law, Harvard Law School

“Jonathan Zittrain does what no one has before—he eloquently and subtly pinpoints the magic that makes Wikipedia, and the Internet as a whole, work. The best way to save the Internet is to turn off your laptop until you’ve read this book.” – Jimbo Wales, Founder, Wikipedia

“A superb and alarming discussion, from one of the most astute and forward-looking analysts of the Internet. Zittrain explains how the glorious promise of the Internet might not be realized – and points the way toward reducing the current risks. Absolutely essential reading.” – Cass Sunstein, Karl N. Llewellyn Distinguished Service Professor of Jurisprudence, The University of Chicago Law School 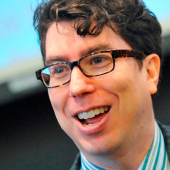