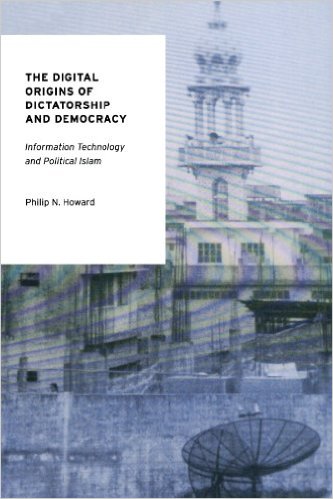 Around the developing world, political leaders face a dilemma: the very information and communication technologies that boost economic fortunes also undermine power structures. Globally, one in ten internet users is a Muslim living in a populous Muslim community. In these countries, young people are developing their political identities―including a transnational Muslim identity―online. In countries where political parties are illegal, the internet is the only infrastructure for democratic discourse. In others, digital technologies such as mobile phones and the internet have given key actors an information infrastructure that is independent of the state. And in countries with large Muslim communities, mobile phones and the internet are helping civil society build systems of political communication independent of the state and beyond easy manipulation by cultural or religious elites.

This book looks at the role that communications technologies play in advancing democratic transitions in Muslim countries. As such, its central question is whether technology holds the potential to substantially enhance democracy. Certainly, no democratic transition has occurred solely because of the internet. But, as Philip Howard argues, no democratic transition can occur today without the internet. According to Howard, the major (and perhaps only meaningful) forum for civic debate in most Muslim countries today is online. Activists both within diasporic communities and within authoritarian states, including Iran, Saudi Arabia and Pakistan, are the drivers of this debate, which centers around issues such as the interpretation of Islamic texts, gender roles, and security issues. Drawing upon material from interviews with telecommunications policy makers and activists in Azerbaijan, Egypt, Tajikistan and Tanzania and a comparative study of 74 countries with large Muslim populations, Howard demonstrates that these forums have been the means to organize activist movements that have lead to successful democratic insurgencies.