Introduction
Broadband delivered over a fixed telephone line is available to nearly all UK homes, but there is a considerable disparity in the quality of access across the UK. Not surprisingly, the variations are most evident between urban and rural areas. Generally, the more remote and sparsely populated a location, the more likely it is to experience slow broadband connectivity. While the UK government aims to have universal availability of at least 2Mb/s by 2017, the European Commission‘s ‘Digital Agenda’ is more ambitious, demanding that, by 2020, all Europeans have access to Internet speeds of above 30 Mb/s.

According to Ofcom (2013) 8% of the population cannot currently access broadband of at least 2Mb/s, while others claim that 11% of UK users (two million households) are in such ‘slow spots’. Furthermore, Internet speeds in these rural areas are not just slow but also unreliable, and there is peak time contention (6-10 pm). Our research will explore how limited broadband speed affects the daily lives of rural users. We will investigate how people work around the constraints and whether they opt for alternative technologies to get online.

Research questions
This project will focus on how people living and working in rural areas are affected by the unavailability of (adequate) Internet connections. The research questions for this study are:

Research background and objectives
Variations in broadband connectivity have important implications, as the quality and speed of connections determine the activities and resources users can access adequately. Most studies on the availability and speed of Internet access are of a quantitative nature. For instance, the OxIS 2013 survey found that nearly a third (31%) of those living in deep rural areas say that their internet speed is always too slow for what they want to do, compared with 20% in shallow rural areas and only 6% in urban areas. Although these quantitative studies give a first indication of the scope of the problem, they are not well suited to examine the actual impact of inadequate Internet speed on the lives of people, nor do they give an insight into people’s strategies to cope with these problems. These more nuanced aspects are more appropriately examined with qualitative research methods.

Adequate broadband connection is important to make living and working in rural areas sustainable. In relation to recent digital inequality research and theories (Helsper, 2011; Van Deursen & Van Dijk, 2013), we theorize that quality of access has a strong impact on the breadth of Internet uses in both shallow and deep rural communities, rather than a potential lack of skills as is often found to be the case in urban communities. Additionally, we challenge the notion that shallow rural communities are similar to urban communities (Farrington et al., forthcoming); on the basis of reported Internet speeds we theorize that they are in fact more similar to deep rural communities.

Currently, many rural communities lack basic access. Our study examines how people cope with this problem. Due to a counter-urbanization process (where wealthier people move to the countryside in pursuit of a higher quality of life) there are rather mixed populations in rural areas, which can be both relatively rich and relatively poor (ONS, 2011). Depending on their socio-economic position, users might have different strategies to cope with inadequate network performance. Technologies such as satellite or mobile phone can provide alternatives for rural communities. However, these technologies are often expensive, have restricted data allowance, are slower than fixed lines, have a high latency, are susceptible to bad weather, get blocked by trees or clouds, and are sometimes complex to install. Furthermore, public awareness of these alternatives might be low.

Across different levels (EU, UK, national, regional, county, local or community) considerable effort is being invested in developing policy measures that aim to increase the availability of Internet services. A frequent critique of the current public policies is that the focus on super-fast broadband for the masses (up to 300 Mb/s) is diverting resources away from investments to implement universal access across all of the UK. Research in rural communities is required to gain an understanding of the current and future access requirements across rural Britain. The project aims to inform efforts taken by central, devolved and local governments to develop intervention policies that target areas where the market will not deliver internet availability.

Methodology
Our qualitative study focuses on two ‘deep’ and two ‘shallow’ rural communities in England and Wales. We will conduct semi-structured interviews with adult Internet users and interview experts on public policy and governmental interventions. The study has three phases: the data will be collected in the first 4 months of the project, in month 5 and 6 the data will be analysed, while in the final months the team will write up the results and disseminate the findings. 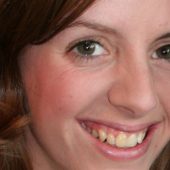 Bianca Reisdorf holds a Diploma in Sociology (2008) from Bielefeld University, Germany. She has interests in media sociology (particularly new media) and social stratification, and has worked for public relations agencies and the German print media.