East Africa was the last major region on Earth without fibre-optic broadband Internet access, and until the summer of 2009 had been forced to rely on slow and costly satellite connections for access. However, after hundreds of millions of pounds of investment, the region has recently been connected via the first of three submarine fibre optic broadband cables, thus, in theory, allowing much greater speeds at much lower prices.

The expectations for the cable were high. Tanzania’s president, for example, saw the cable as a way to allow East Africans to ‘become part of the global economy.’ Politicians and commentators from around the world hailed the potential of the Internet to spark economic development and allow East African businesses and entrepreneurs to market their strengths, unhindered by many of the previous limiting effects of distance.

However, these projections were often made in the absence of data about current East African communications practices. By using surveys, interviews and in-depth observations, this project examined the expectations and stated potentials of broadband Internet in East Africa and compared those expectations to on-the-ground effects that broadband connectivity is having.

This project allowed for a movement beyond existing research in several ways:

Throughout Africa, there is a significant potential for lasting social and economic change brought about by the provision of high speed internet, and it is therefore imperative that we develop better understandings of the specific ways that people and businesses in East Africa have used the Internet to circumvent a previous lack of economic opportunity.

By uncovering the most effective implementations and best practices, this study is able to conclusively underpin future policy and strategies related to the intersections between communications technologies and economic development.

This project was supported by grants from the Economic and Social Research Council (ESRC), the UK Department for International Development (DFID), the John Fell Fund, and a British Academy Small Research Grant. 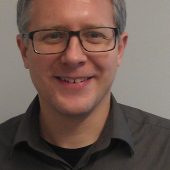 Chris Foster's research focus is on technologies and innovation in developing and emerging markets, with a particular interest on how ICTs can support development of low income groups.

Associate Professor, School of Computing and Informatics, University of Nairobi

Internet For All Is An Impossible Dream Right Now

Mark Graham authors an article in which he challenges the notion that within 10 years the internet will be available to everyone, pointing out problems of affordability and digital divide.

Internet for all remains an impossible dream, no matter what Jimmy Wales says

Mark Graham argues that despite predictions from Jimmy Wales, problems of affordability and new digital divides will impede progress towards world-wide internet connectivity.

Mark Graham strikes a note of caution. “Despite changing and widening connectivity in much of the world, the majority of the people on our planet are still entirely disconnected.”