David Watson was a doctoral candidate at the University of Oxford and an enrichment student at The Alan Turing Institute. He received his MSc from the Oxford Internet Institute in 2015, studying under the supervision of Professor Luciano Floridi. He went on to become a Data Scientist at Queen Mary University’s Centre for Translational Bioinformatics before returning to Oxford for his DPhil in 2017. He is passionate about promoting more interpretable techniques for analysing complex systems in the social and life sciences.David is a founding member of the Digital Ethics Lab, where his research focuses on the epistemological foundations of machine learning. He develops new methods for explaining the outputs of black box algorithms, with the goal of better understanding causal relationships in high-dimensional systems. In addition to his academic work, David is a regular contributor to The Economist, where he writes articles and builds models for the Graphic Detail and Game Theory blogs. 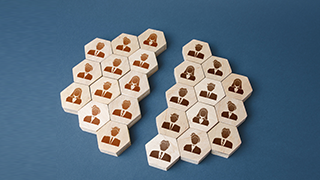 It will be years before we can fully assess the long-term impact of the enormous and sudden disruption that Covid-19 has caused, but it is already evident that the effects have not been, and will not be, evenly distributed.