Alexandra is a DPhil candidate at the OII and a researcher on the Programme on Democracy and Technology. Her research examines the gendered dimensions of political communication to understand how the public, and public figures, utilize social media during wartime. Alexandra builds structural topic models to uncover salient topics discussed on social media and uses social network analysis to understand how those topics are interacted with, and by whom. Her most recent research paper analysed how Ukrainian women and men politicians discussed the Ukraine War and interacted with Western leaders on Facebook and Twitter. She found that women utilized the strategic affordances of Twitter to engage with the West through calls for support and by directing attention to the atrocities of war on Ukrainian people, while men used their prominent positions to promote the strength and bravery of the Ukrainian Army. She presented this research paper at APSA 2022.

Alexandra also studies Russian and Chinese disinformation, and possible countermeasures to the spread of manipulative content. She has researched the prevalence of gendered disinformation in the 2020 U.S. presidential election with The Wilson Centre, and how state-backed information operations have targeted France as a Visiting Fellow at Institut Montaigne. Her work mapping Russian information operations through network visualization has been published by the Defence Strategic Communications Journal and featured on CBC News, the LA Times, Engineering and Technology Magazine, and Jane’s Intelligence Review. Her work on the evolution of international disinformation operations has been funded by the Mozilla Foundation and the Data Science Institute at City, University of London. Alexandra holds an MSc (Data Science) from City, University of London and a BA Hons (Professional Communication, Minor in Physics) from Toronto Metropolitan University. In a previous academic life, she studied human-robot interaction and wrote robot jokes for hitchBOT. 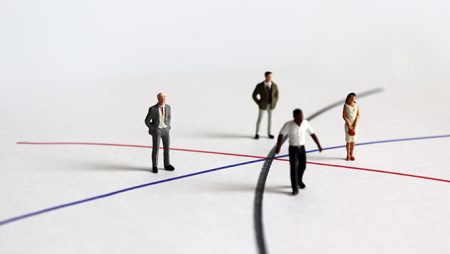 Online gendered and sexualized abuse and disinformation against women in public life is widespread, and social media platforms are doing too little to stop it.

From Russia with hate: How pro-Kremlin bots are fuelling chaos and lies about the pandemic

On May 26, Sam*’s phone buzzes with a new WhatsApp message. She sees it’s from her father in Australia, who she hasn’t seen before the pandemic, and her heart sinks.

As Vice President Kamala Harris settles into her first full week in the White House, thousands are heading online to celebrate her groundbreaking achievement.