Dr Aleks Krotoski is a researcher and journalist who writes about and studies technology and interactivity. She is a fellow of the Royal Society of Arts, the Researcher-in-Residence at the British Library (June 2010 – July 2011) and serves on the Advisory Groups of the National Media Museum and Direct.gov.

Aleks’ academic work focuses on the makeup of online relationships, online influence, and information diffusion through the social networks of the Web. Her PhD thesis in Social Psychology (University of Surrey, 2009) examines how attitudes cluster and behaviours spread through online communities, focusing on the subjective experiences of social identity, trust and credibility. She is currently writing a book examining the offline effects of online interactions for community and identity processes.

Aleks’ interests in online methodologies include data gathering techniques for both qualitative and quantitative studies – from participant observation in virtual worlds and synchronous computer-mediated interviews to quantitative data scraping – with a particular emphasis on the ethics of conducting research via the Web. She has been working with the OII, the Web Science Trust and the British Library to define ethical uses of new technologies by researchers, by engineers and by the general public.

She writes for The Guardian and Observer newspapers. Her writing also appears on BBC Technology, Nature, New Statesman, Times Higher Education, MIT Technology Review and The Telegraph. In 2009, she completed the BBC 2 television series Virtual Revolution about the economic, political, interpersonal and psychological implications of the Internet. 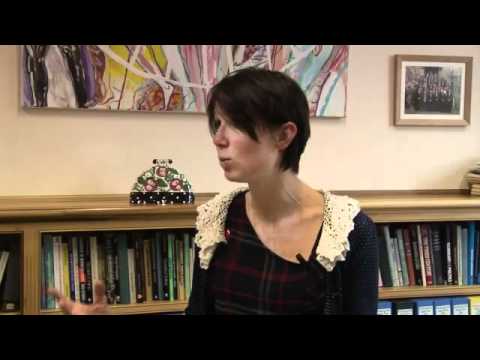 This lecture traces some of the most important developments in social uses of information technologies in order to ultimately argue that the impact of the Web will reflect an evolution rather than a revolution of communication practices.