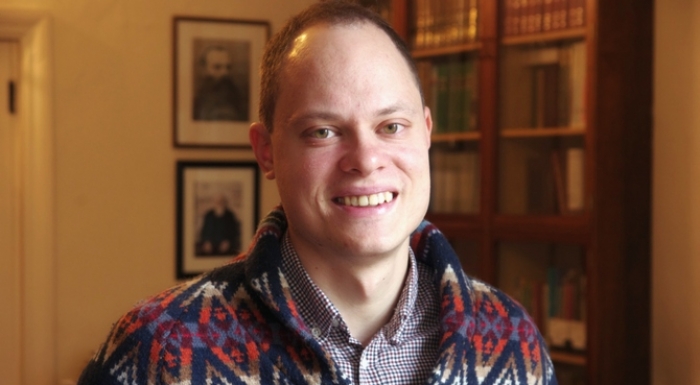 Aliaksandr Herasimenka is a political communication scholar and a postdoctoral researcher at the Computational Propaganda Project.

Aliaksandr is a postdoctoral researcher at the Computational Propaganda Project at the Oxford Internet Institute. His work investigates how political groups and governments use social media to manipulate public opinion. He also studies how people organise protest movements in authoritarian countries. His research interests also include computational methods, messaging platforms and anti-vaccination movements. Aliaksandr is part of the Alternative News Networks project.

Aliaksandr completed his doctorate at the Westminster School of Media and Communication, University of Westminster. His dissertation investigated how digital dissidents in Belarus and Russia use social media to organise protests and disseminate information. This work showed how they built ad hoc shadowed organisational structures and deployed vast digital communication ecologies to address authoritarian surveillance and censorship. The study offered an explanation of why some anti-authoritarian movements are more powerful than others.

Before pursuing his doctorate, Aliaksandr received a Master of Arts in European Studies from Aarhus University (Denmark). He also holds degrees in Political Science and Computer Science. Aliaksandr worked as a journalist and an editor, as well as a media coordinator in an international NGO. He also held visiting and graduate assistant teaching positions at University College London, University of Portsmouth, University of Westminster and Middlesex University, and worked as a researcher at University of Westminster. He was involved in teaching subjects related to digital methods, political communication, digital activism, communication theories and media production. He was a fellow at German Marshal Fund of the United States.

In the past five years my work has been financially supported by the Global Challenges Research Fund, Open Society Foundations and the German Marshall Fund of the United States. As part of my science communication and policy outreach, I have served in an unpaid advisory capacity to the World Health Organisation.