The research field of webometrics encompasses various forms of web-based link and text analyses. Webometric studies have included large scale analyses of social network sites and social web sites like Flickr, Twitter and YouTube, as well as areas of the traditional web, such as university websites. Webometrics began in 1997 within the discipline of Library and Information Science (LIS) in response to the recognition that commercial search engines could turn the Web into a large database for certain types of LIS research.

In response to technical challenges involving automatically gathering web data, webometrics attracted people with computing backgrounds and became an interdisciplinary field in approximately 2000. Webometrics further evolved in 2003, when it began to incorporate social science research goals outside of LIS. The evolution was cemented in 2008 with the development of information-centred research theory: defining a type of research that had the goal of discovering suitable social science applications for new types of web information (Thelwall, Wouters and Fry, 2008). Since then webometrics has consciously attempted to develop quantitative web research methods and theories to have general application within social science, although continuing to prioritise LIS goals and approaches.

This talk evaluates the impact and progress of webometrics: its impact within LIS and the wider social sciences. Although webometrics has been repeatedly singled out for its achievements within LIS, outside of LIS it has been much less successful. The evaluation will centre on evidence for the uptake of the methods generated by practicing webometricians and reasons behind their successes and failures.

This is a Keynote talk from the Oxford Internet Institute’s Symposium “Social Science and Digital Research: Interdisciplinary Insights”, held in Oxford on 12 March 2012. 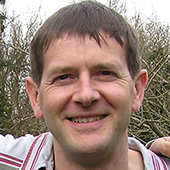 Mike Thelwall is Professor of Information Science and leader of the Statistical Cybermetrics Research Group at the University of Wolverhampton. His interests include webometrics, cybermetrics, blogs, Web 2.0, and scientometrics.