Skip down to main content
Published on
8 Sep 2022
Written by
Cindy Ma
Victimhood, moral panic, and the mainstreaming of racial resentment on YouTube

On May 17 of this year, a white teenager reportedly drove for over 200 miles from Conklin, New York, into a Black neighbourhood in Buffalo, where he killed ten people and injured three others in a racist mass shooting at a Tops grocery store. This shooting joined a long line of similar attacks motivated by perceptions of white victimhood.

As researchers of far-right communities online, we recognize that the reported shooter’s deadly rampage does not represent the actions of a “lone wolf.” Rather, evidence points to the attack having been inspired by an increasingly popular collection of white supremacist conspiracy theories. Indeed, the Great Replacement Theory, described at length in the alleged shooter’s manifesto, contends that white people of European descent are being intentionally replaced by ethnic minorities in Western countries. [1] This racist theory, alongside others rooted in fears of white replacement and demographic change, is a violent belief system that obfuscates the reality of white dominance and power within Western societies. However untrue, similar claims of perceived persecution are popular among reactionary communities across legacy and new media alike.

As demonstrated by the work of Jacob Davey and Julia Ebner and Rebecca Lewis, YouTube is ripe for the spread of such theories. Researchers have explored how far-right actors use the site and others like it to build fan bases, often branding themselves as authentic, trustworthy alternatives to mainstream media outlets — and undermining mainstream sources of information in the process. As such, “political” YouTubers function simultaneously as non-expert thought leaders, influencers, micro-celebrities, citizen journalists, and entertainers. This strategic brand-building, coupled with the encouragement of parasocial relationships with their fans, makes YouTubers a highly influential class of actors, whether they advertise themselves as political thinkers or not.

We examine YouTube as a site where far-right ideas circulate among a highly networked community of influencers and pundits, inclusive of those in fringe and mainstream spaces and everywhere in between. No matter the quality of the information provided by these YouTubers, they inarguably have reach, with some of the most visible channels consistently receiving over 500,000 views per video. These creators are therefore primed to spread certain narratives among their fans, mainstream media outlets, and even other online creators — the latter of which has been thoroughly detailed in Lewis’s work.

In the fall of 2021, we began tracing the evolution of the term “anti-white” on the platform. We used the online tool RadiTube, which captures video metadata and transcripts from over 300 English-language YouTube channels that peddle disinformation and/or extremism. To gather the data required for our sample, we searched RadiTube for “anti-white,” a frequent theme in victimhood discourse leveraged by reactionary actors on YouTube. We then filtered our search through several of RadiTube’s assigned categories, specifically “alt-right,” “QAnon,” and “conspiracy.” [2] In all, we viewed 72 videos that contained this keyword in video transcripts: 26 uploaded between 2015 (the start of the RadiTube data set) and 2017 (heretofore referred to as Timeframe 1) and 48 uploaded between August 2020 and August 2021 (heretofore referred to as Timeframe 2). These videos yielded 107 uses of the term “anti-white,” which we then manually analyzed. Having these two distinct time periods allowed for interesting comparisons between the earlier videos and the later ones.

Throughout the sampled videos, “anti-whiteness” was taken up by YouTubers to argue that white people were the victims of an unjust double standard; that is, they are the only group “discriminated against” with impunity. In Timeframe 1, YouTubers argued this from a defensive posture. They rationalized such views and felt compelled to prove that this discrimination was real. Indeed, we saw many instances of YouTubers affirming the existence of anti-white racism:

Meanwhile, in Timeframe 2, YouTubers no longer spoke about anti-whiteness through a defensive framework. Rather, their rhetoric indicates that the idea had become normalized within reactionary political discourse and no longer needed to be “proven” as a reality. The Timeframe 2 videos went on the offensive, condemning celebrities, politicians, and media outlets for their supposed anti-whiteness and thereby suggesting the diffusion and mainstreaming of this phenomenon. For instance:

Sarah Jeong, she was this NYT writer and she was posting insane anti-white racist stuff on Twitter. For years she was doing it. And when she got called out, the NYT said, “Yeah, well she was just fighting back so it’s allowed” (Timcast, 2021).

Mayor of Chicago Lori Lightfoot said she would only be interviewed by Black or Brown people. Tulsi [Gabbard] told the truth on Twitter. She called it out as anti-white racism (The Rubin Report, 2021).

It is worth noting that the two figures talking about “anti-whiteness” cited above do not identify as alt-right, or even as conservative. Instead, Tim Pool and Dave Rubin position themselves as centrists/libertarians, even as they repeat and sometimes platform far-right talking points to their ever-growing fan bases. Those who repeatedly toe the line of radical/acceptable discourse and strategically skirt YouTube’s content moderation policies are worth further study.

Reactionary YouTubers in Timeframes 1 and 2 argue that progressives, in calling out racism, are actually responsible for fostering right-wing resentment and resulting extremism. For example:

The woke are creating a backlash of white racism to counter their anti-white racism. When they have sufficient numbers, the woke will turn to the rest of us and unironically say “We told you they are racists.” We will say, “No, you made these people” (Timcast IRL, 2021).

This rhetorical strategy allows reactionary creators to lambast progressives while distancing themselves from the apparently distinct “radical right,” even as they themselves traffic in racist tropes.

Finally, the critical race theory moral panic and vitriolic backlash against racial justice protests throughout 2020 gave YouTubers plenty of opportunities to capitalize on controversial topics. To cater to feelings of victimhood amongst white people, these YouTubers made constant claims about “anti-white racism” being clandestinely introduced into and consequently legitimized by institutions like schools, universities, and the Democratic Party. Some examples of YouTubers beating the drum of anti-white ideas being mainstreamed include:

The Democrat Party, nearly every single one of them — near unanimous, 49 Democrats in the Senate — are now on the record voting to support critical race theory, which is by definition Cultural Marxism. Not to mention it’s divisive, hateful, anti-white and ahistoric [sic] (Liberal Hivemind, 2021).

Many parents are understandably upset about the systemic anti-white racism that’s being spread through the form of critical race theory and Black Lives Matter propaganda. Not to mention people’s new problems like pronouns (Mark Dice, 2021).

Our findings point to a worrying trend: right-wing talking points that position white people as marginalized, oppressed, or otherwise victimized are increasingly normalized on YouTube, a popular platform that both reflects and drives changes within political discourse. Perceived white victimhood has resulted in antisemitic and racist violence time and time again. The consequences of such claims made by numerous creators with millions of fans cannot be overstated.

​​Cindy Ma (@MaCinders) is a doctoral candidate at the Oxford Internet Institute. Her research examines the interactions between online ecosystems, political discourse, and racial inequity.

Meghan Conroy (@meghaneconroy) is an investigator with the US House of Representatives. Her research interests include the impact of reactionary political speech propagated via legacy and new media. 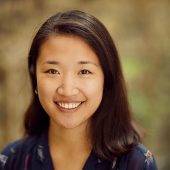 Cindy is an OII DPhil student interested in race, stereotypes, and humour in online subcultures.

Investigator, US House of Representatives