David Souter (Research Associate) writes a weekly blog, ‘Inside the Information Society’, for the Association for Progressive Communications.  This post from that blog reviews Robert Jensen’s famous article about ICTs and producer prices in developing countries.

One prominent theme in literature on ICT4D (ICT for development), back to its early days, has been its potential impact on markets for small-scale primary producers. Farmers and fisherfolk, it’s widely said, use mobile phones to find the best prices for their produce (and, indeed, they do). This enables them to maximize profits, both by earning higher prices and (perhaps) bypassing intermediaries. It also tends to even prices out in different consumer markets.

Go back five years and more, and it was hard to find an international report on ICT4D that didn’t cite one or both of two academic articles in support of this. One, by Jenny Aker, focused on markets for millet farmers in Niger. The other, by Robert Jensen, on markets for fish in parts of northern Kerala (in southern India).

These two articles, between them, have had far more influence than academics usually receive. Jensen’s, Google Scholar is reported saying, has been cited more than any other academic article on ICT4D. But how representative are his findings? What’s really happened to the price of fish?

Jensen’s article looked at how prices for fish changed in local markets in parts of Kerala between 1996 and 2001. Mobile phones became available, and widely used, in these fishing communities between these dates, with coverage extending over fishing grounds. This enabled boats to check prices while at sea. What impact did this have?

Jensen found that fishing boats started selling outside their home markets, to other markets on the coast. Next to none did so in 1996; maybe a third on any given day by 2001. Price variations fell, and there was much less waste as almost all fish caught were sold. Boats with mobile phones increased their profits more than boats without. Consumer welfare also gained from more consistent prices.

‘These results,’ Jensen concluded, demonstrate the importance of information for the functioning of markets and the value of well-functioning markets; information makes markets work, and markets improve welfare.’ So, one might conclude, we should invest in ICTs in other developing country markets so that other primary producers can replicate those gains.

I find Jensen’s analysis convincing, for the data sets he looked at, and, like him, I’d expect similar results in many other contexts. Other things being equal, more timely and more accurate information about prices in different markets is likely to lead to more efficient markets. The behaviour of farmers and other primary producers elsewhere suggests that they think so as well.

The article is thorough, well-argued and (as it should) considers alternative conclusions. But, as often happens with popular findings, it’s come in for criticism, some quite hostile, some more thoughtful.

First, he’s criticized for using only economic data, not building a wider base of evidence with interviews and other social science methodologies. Developmental outcomes don’t arise from economic behaviour only; cultural factors also matter – for example, power structures within local economies and, indeed, their fishing industries.

Second, other researchers say they’ve been unable to replicate his findings in other parts of Kerala. In south Kerala, for example, more recent researchers (using interviews) found that fisherfolk preferred to phone established intermediaries rather than call different markets for themselves. Those parts of Kerala that Jensen studied may, they say, have been unrepresentative.

Third, fish markets are more complex than implied. They’re not just about folk that fish selling on the beach to folk that buy. Fishing businesses themselves are very varied. So are consumers. Intermediaries aren’t the predators assumed by some IT enthusiasts; in many cases, they’re essential to the functioning of markets. Other livelihoods within communities also depend on fish.

Can Jensen’s findings be generalized?

Jensen’s findings have been widely generalized. The bigger question for development policy concerns how far that’s valid. Does what happened in fish markets in parts of Kerala fifteen years ago, in short, tell us anything useful about, say, markets for vegetables in Burkina Faso now? (Or, indeed, Keralan fish markets today?) Does it validate the basic proposition that ‘farmers/fishermen use mobile phones to get better prices for their goods’?

The article’s certainly still widely cited. Only last year, the World Bank’s World Development Report cited it first in support of that basic proposition. ICT and development policymakers alike are still making policy assumptions that are drawn from it rather than more recent, local research.

That’s worrying, for such an old study of such specific circumstances. Jensen’s article was published in 2007 and used data from 1996-2001. Today’s phones are much more sophisticated. Fishing boats today, including those in Kerala, use them for much more than discovering prices in different local markets. For example, they’re using GPS, perhaps sonar apps as well, to identify fish stocks (and may be sharing or not sharing information on this with their peers).

The point I’m making here is not that Jensen’s wrong: as I say, I find his analysis convincing. It’s that it’s too contextual to bear the burden of generalisation that’s been put upon it. Other contexts differ in many different ways, and successful development initiatives in areas like farming/fishing are built on understanding local contexts. ‘It worked that way in Kerala’ is insufficient guidance to what will happen elsewhere.

A plea to researchers

First to researchers. We need more and more extensive analysis of the ways that mobile phones and other ICTs are being used by market actors. Not just primary producers, but also intermediaries and consumers. More evidence about impacts on prices in different types of markets. More evidence on the distribution of benefits amongst producers, between producers and consumers, and among other stakeholders in local market contexts.

We need this evidence to draw on different methodologies and disciplines, not just econometrics. And, when we generalise, we need to understand the differences between markets – what leads them to behave in similar or different ways – rather than hoping that they’re all the same.

A plea to advocates of ICT4D

My second plea’s to advocates of ICT4D. What matters most here’s not just the prices earned by fisherfolk or paid by those who’re buying from them. Nor the extent to which they’re using ICTs. It’s the longer-term developmental impact. Former students of mine will be familiar with questions I used to ask them about this. For example:

And a plea to policymakers

My third plea is to policymakers. It’s easy to get excited by research which appears to offer quick developmental gains – ‘low hanging fruit’ as some insist on calling them – and rush to premature decisions.

Yes, there are a lot of circumstances in which similar outcomes can be anticipated, and it’s important to respond to these. But building large-scale policy initiatives on evidence from specific contexts elsewhere is extremely risky, especially when contexts are very different, and especially when large-scale capital investment is involved.

Policymakers should look for a variety of evidence from different circumstances elsewhere, relate it to local contexts and involve intended beneficiaries in deciding what is to be done.

An archive of David Souter’s ‘Inside the Information Society’ blog posts can be found at https://www.apc.org/node/22140. 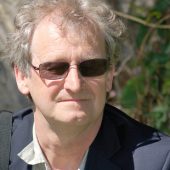 David works as an expert adviser to United Nations and other organisations on the relationship between information technology, the Internet and public policy, particularly development, environment, governance and rights.