This is going to become a weekly thing. Just some quick notes about interesting things that have been floating around over the week and are worth a quick comment.

On paying an unlimited fine, or the UK shills for the media industry:

Ars was among a group of outlets commenting this week on the notice that the UK’s Serious Organized Crime Agency (SOCA) put up on a domain it had seized, RnBXclusive.com. Below is a screencap of the warning that SOCA put up for 32 hours. The egregious thing here isn’t actually the domain seizure (although that game of whack-a-mole is a waste of resources and often lacking due process). The ridiculous part is that the wording of the warning: “SOCA has the capability to monitor and investigate you” and the part in red threatening an “unlimited fine.”

In addition to the fact that SOCA was clearly trying to intimidate internet users, they went on to use weirdly moralizing language “emerging artists may have their careers damaged… you will have damaged the music industry.” Finally, they direct people to pro-music.org which is a media propaganda site. 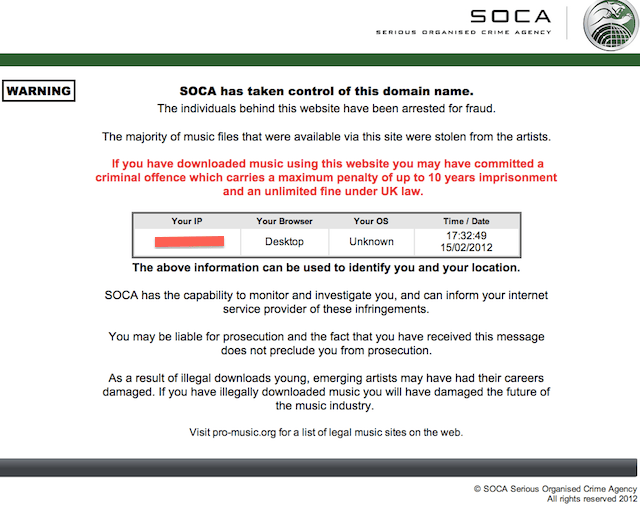 On Academics Doing the Right Thing:

Julie Cohen, a professor at Georgetown Law who specialized in Intellectual Property, released her most recent book “Configuring the Networked Self” under a Creative Commons ShareAlike license.  I want to applaud her commitment here in glad there are more IP people (like Lessig, Doctorow, and Benkler) who put their money where there mouths are and follow through on Open Access stuff in their own work. Also, good for Yale Press for being on board with this. Here is some karma: you can also buy the book here. I haven’t read it yet, but after looking at the table of contents I plan to.

My (occasional) editor at The Atlantic, Rebecca Rosen, wrote a fun piece on the invention of the telegraph and how transformational it was and how almost religiously significant it felt at the time:

Within the first week it was already being described in terms that are quite familiar to how we sometimes discuss the Internet. The Baltimore Sun said, for instance, “Time and space has been completely annihilated.”

“Fittingly, when Samuel Morse sent a message to open the first telegraph line between Washington and Baltimore, he selected a Biblical quotation as his text: ‘What Hath God Wrought.’”

Her piece got an endorsement on the always wonderful Slate Political Gabfest this week, and I figured I would pile on here. Also, it obviously reminded me of the fantastic book some of you may have read: The Victorian Internet: The Remarkable Story of the Telegraph and the Nineteenth Century’s On-Line Pioneers. 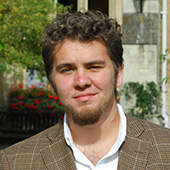