Skip down to main content
Published on
12 May 2010
Viktor Mayer-Schönberger is appointed Professor of Internet Governance and Regulation at the Oxford Internet Institute (OII), University of Oxford. 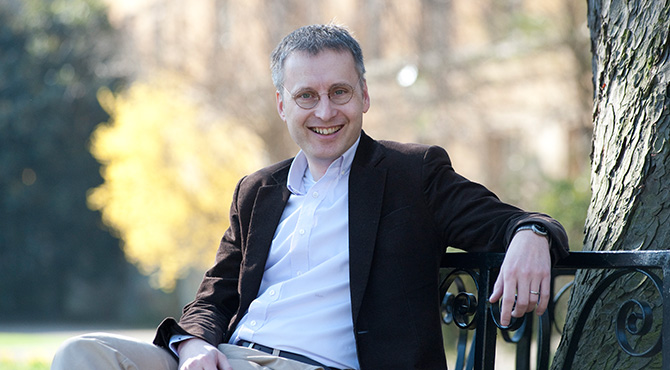 Viktor Mayer-Schönberger has been appointed Professor of Internet Governance and Regulation at the Oxford Internet Institute (OII), University of Oxford. He takes up his post on 1 October 2010, when he also becomes a Fellow of Keble College.

Professor William Dutton, Director of the OII, said: “Viktor Mayer-Schönberger is not only one of the top scholars of Internet governance and regulation, but also adds unmatched international experience, including in Asia, to his strong foundation in European legal traditions. He is uniquely qualified for this position.”

Viktor Mayer-Schönberger was previously Associate Professor at the Lee Kuan Yew School of Public Policy and Director of the Information + Innovation Policy Research Centre at the National University of Singapore. Before coming to the LKYSPP he spent ten years on the faculty of Harvard’s Kennedy School of Government.

His research focuses on the role of information and information flows in a networked economy, especially from a normative perspective. In his recent scholarship he has conducted research on a wide range of important Internet policy issues, including regulation of virtual worlds, the impact of Google’s market power in Internet search, and the importance of forgetting in the digital age.

Professor Mayer-Schönberger said: “I am deeply honored to join the Oxford Internet Institute, which I have watched grow by leaps and bounds in only a few years into one of the world’s very top research institutes on the Internet. As the Internet is becoming a truly global phenomenon, with more Chinese now online than North Americans, it only sharpens the regulatory tensions we’ll face. I am much looking forward to working with my OII colleagues on these and other information governance challenges and to help the OII continue along its impressive trajectory.”

Professor Dame Averil Cameron, Warden of Keble College, said the connection of Keble with the Oxford Internet Institute, through this professorship, was an important part of the College’s own aim to foster cross-disciplinary and innovative research in new fields amongst its Fellows and students, and she very warmly welcomed the appointment to the post of someone of Professor Mayer-Schönberger’s stature.

Professor Mayer-Schönberger has published seven books, including most recently ‘Delete: The Virtue of Forgetting in the Digital Age’ (Princeton University Press 2009) and ‘Governance and Information Technology’ (MIT Press 2007), as well as over a hundred articles (including in Science) and book chapters.

A native Austrian, Professor Mayer-Schönberger founded Ikarus Software in 1986, a company focusing on data security, and developed Virus Utilities, which became the best-selling Austrian software product. He was voted Top-5 Software Entrepreneur in Austria in 1991 and Person-of-the-Year for the State of Salzburg in 2000.

He chairs the Rueschlikon Conference on Information Policy, is the cofounder of the SubTech conference series, and served on the ABA/AALS National Conference of Lawyers and Scientists. He is on the academic advisory boards of corporations and academic institutions, including Microsoft. He holds a number of law degrees, including one from Harvard and an MS(Econ) from the London School of Economics. 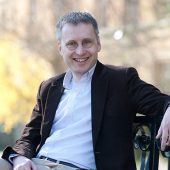 Professor of Internet Governance and Regulation

Viktor Mayer-Schönberger is the OII's Professor of Internet Governance and Regulation. His research focuses on the role of information in a networked economy.