Skip down to main content
Published on
27 Mar 2011
The "OII Internet and Society Awards" have been launched to mark the OII's tenth anniversary year, as a means to recognising publicly some of the individuals and organisations that have played a pivotal role in shaping today's Internet. 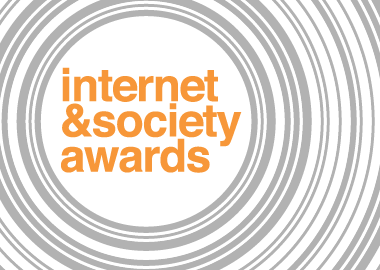 The Oxford Internet Institute (OII), University of Oxford, has today announced the launch of the “OII Internet and Society Awards”, to mark its tenth anniversary year. These awards, to be presented at a gala dinner and awards ceremony will recognise publicly some of the individuals and organisations that have played a pivotal role in shaping the extraordinary ecosystem that is today’s Internet.

Professor Viktor Mayer Schoenberger, OII Anniversary Committee Chair, said: “Over the last decade, the Internet has had a profound impact on our society. Through the Internet and Society awards we acknowledge those that have shaped how we utilize the Internet. Following the model of today’s Web 2.0, we reach out to the Internet users and ask for nominations. Acknowledge your personal Internet heroes, go to http://www.oii.ox.ac.uk/awards/ and let us know!”.

Public nominations are being invited for the following awards:

Nominations can be registered until April 15 2011.

This year’s Internet & Society awards will be presented at the OII’s Tenth Anniversary Gala Dinner on 22 September 2011, before a remarkable group of famous Internet pioneers from around the world.

The Oxford Internet Institute is a leading world centre for the multidisciplinary study of the Internet and society, focusing on Internet-related research and teaching, and on informing policy-making and practice. A department of the University of Oxford, its research covers social, economic, political, legal, industrial, technical and ethical issues of the Internet, in the areas of everyday life, governance and democracy, science and learning, and shaping the Internet.