I’m currently working on a book chapter about our ‘digital labour and gig economy‘ research. The chapter attempts to contextualise plans and projects to expand digital labour schemes by governments, third-sector organisations, and private sector actors. In writing the chapter, I thought it would be useful to outline the three broad perspectives that I have encountered in previous research.

Imaginaries of the ways that technologies alter positionalities at the world’s economic margins are used to open up or limit possibilities. They are used to drive policies and plans; and they are deployed to shift attention and resources in some directions and away from others. It is therefore worth thinking about the nature of them, and what sort of changes they actually propose to bring into being.

The three outlined below are taken from the following paper.

But I’d welcome other directions and other readings as edit this chapter.

This is one of the most persistent visions underpinning hopes about transformations that the internet can bring about. Built on Barlow’s (1996) vision of the internet as an ontic space in which states ‘have no sovereignty where we gather’. The global village allows any connected economic actor to be brought into a shared digital market space or communications space. Positionalities can be transcended and barriers to non-proximate interactions have technical fixes. The global village imaginary allows for a vision that anything can be done from anywhere.

This vision centres on the perceived ways in which technology would shrink geographic frictions with richer, faster, and cheaper connections and those diminishing frictions, in turn, lead conceptions of distance as a unit that can be shrunk. In other words, frictions between places are seen to be significant impediments holding back trade; and information and communication technologies (ICTs) not only eliminate those frictions, but facilitate and mediate a global economy. While this perspective shares much in common with the global village, there are significant differences between the two. Both perspectives attribute significant power and agency to technology and allow it to function as a bridge, intermediary, or tool that can fundamentally transform positionalities. Both highlight how the location of a business or businessperson could be rendered irrelevant: business can now be transacted with anyone, anywhere. However, while the global village perspective explains this change because of access to the Internet, the shrinking distance perspective makes the same argument with a focus instead on the diminishing role that distance plays. In the former, geographic positionality no longer matters (hence the temptation to assign an ontic role to digital spaces), whereas, in the latter, geographic positionalities retain more significance: the world here remains material and augmented (rather than as a dualism between virtual and material spaces), but distance between those material places becomes less important. The shrinking distance perspective ultimately presents a world of potential. The old barriers
of distance and geography, that previously rendered some places as peripheries and some places as cores, have melted away; and it is only a matter of time before people in economic margins can begin to buy, sell, and interact with anyone, anywhere

Finally, there are visions of digital augmentations in which economic actors neither imagine a digital global village in which they can interact with their peers, or a world in which distance had become meaningless. Instead, they focus on the incremental changes brought about by ICTs and the ways in which those changes are embedded into existing networks, structures, and positionalities. The primary argument put forward here is that distance is just one hurdle to cross. As such, the ability of ICTs to mediate new types of communication and information flow is of necessarily limited benefit. This recognition of the myriad social, economic, and political challenges inherent to doing business across international borders results in a conceptualization of distance as always socially constructed and always grounded in individual contingencies and positionalities. In other words, we are offered a more modest view of what new communications affordances can achieve. There is no sense that human territoriality can be replaced by communication technologies, and there is a full recognition of the fully augmented and relational links between technology, space, and economic activity.

Smart, C., Donner, J., and Graham, M. 2016. Connecting the World from the Sky: Spatial Discourses Around Internet Access in the Developing World. Eighth International Conference on Information and Communication Technologies and Development. http://dx.doi.org/10.1145/2909609.2909659 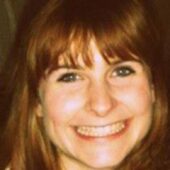 Thesis: How are discourses employed in talking about the role of new technological modalities in connectivity? Supervisor: Dr Mark Graham Completed: 2015