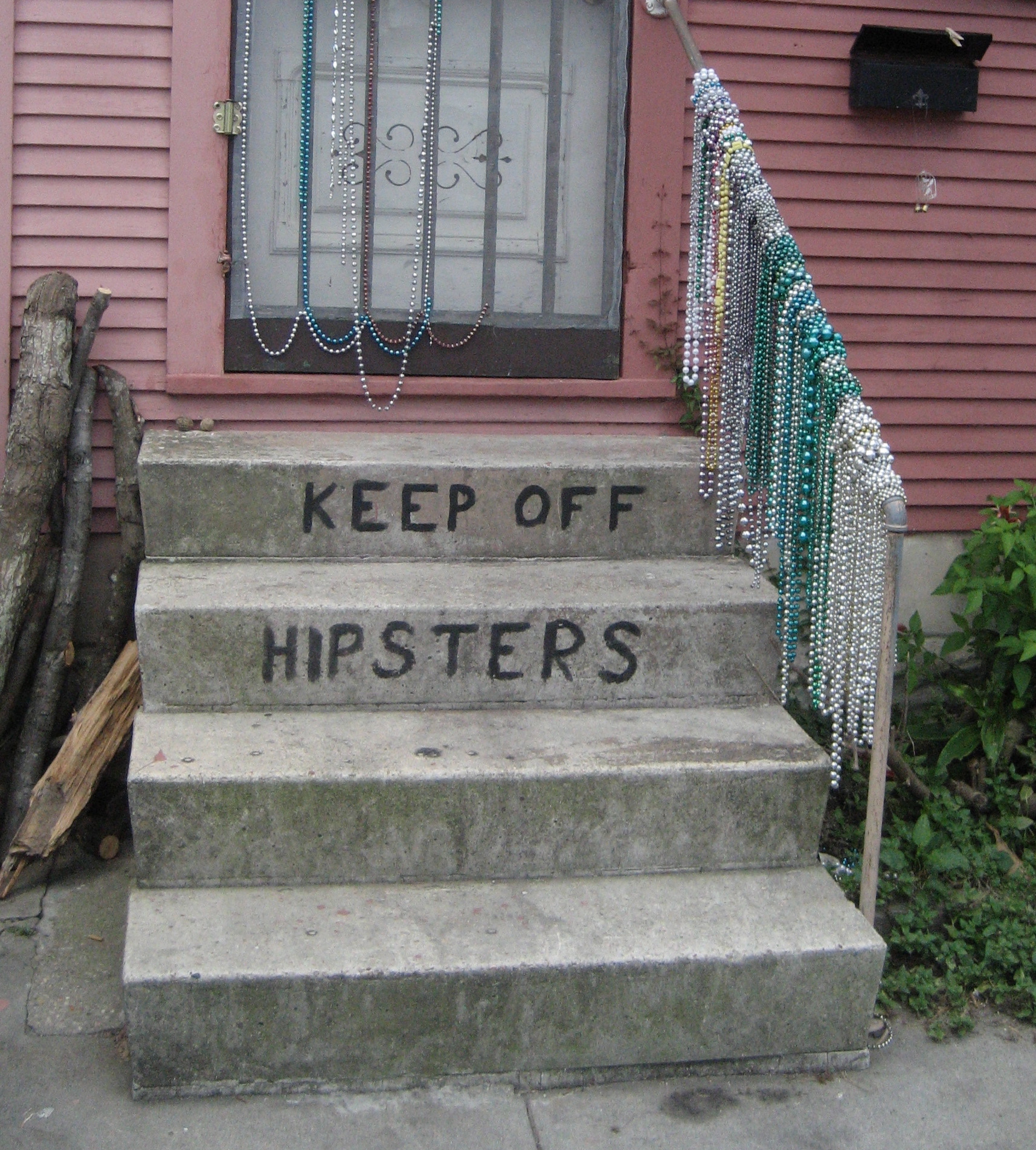 America traditionally likes to party. Well, at least engage in the throwing tea off ships into harbors and annoy-the-English kind of party. And let’s face it, who doesn’t enjoy annoying the English now and again?

Arguably poking fun at the English is the only activity that the two groups we are comparing today — the new “tea party” movement and “hipsters” — may share in common. Or not. Both groups probably enjoy a party and the occasional beer. Of course, “tea partiers” will be complaining about taxes on alcohol and “hipsters” will be drinking the beer ironically whilst watching other people party and discussing bands you’ve probably never heard of.

Unfortunately, parties really have very little (OK, nothing) to do with this post, but they are a (rather forced) way of introducing our comparison of online references to ‘hipsters’ and the ‘tea party’. 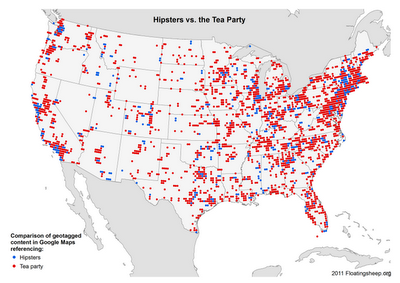 Interestingly, America is covered by far more references to the tea party than to hipsters. There are a few pockets of expected hipsterdom: San Francisco, Los Angeles, New York City, and of course Seattle. But otherwise the country is characterized by far more online attention given to the tea partiers. But we need to ask why that is? Is it because tea partiers have an identity they like to flaunt, whereas hipsters might tend to see the essence of hipster identity in others rather than themselves? After all, who really ever admits to being a hipster?

Or perhaps the technology itself is an explanatory factor here. Whilst (hipsters love to use the term whilst) we are somewhat shocked that the tea party, or at least people who talk about them, are harnessing the power of a technology designed and sponsored by the American/socialist/fascist/Kenyan government that is the subject of so much of their ire, they nonetheless maintain an impressive web presence.

Hipsters on the other hand, undoubtedly are proficient social media users, but we doubt they are using the word “hipster” on their sleek tumblr pages. Perhaps it would simply not be ironic enough? Other varieties of hipster, like their tea-throwing brethren of yesteryear, might eschew modern technology altogether and communicate using hand written notes or retro typewriters or cool early 20th century printing presses requiring months of careful restoration. In any case, in contrast to tea partiers, hipsters’ general lack of self-professed identity means that they are less likely to create digital traces explicitly referencing themselves online.

And, ultimately, this is the point of this post. Mapping keywords in Google is often an incredibly useful exercise, but it can take hipsters and tea partiers to demonstrate some of the significant methodological limitations of such an exercise.